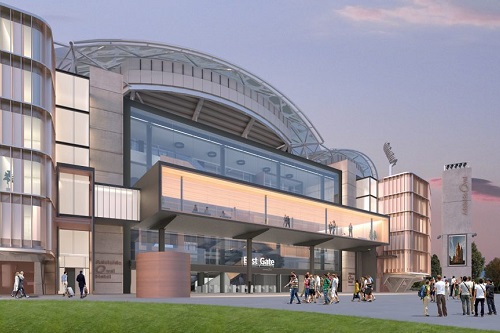 A South Australian Parliamentary has revealed poor communication and disharmony between the Adelaide Oval Stadium Management Authority (AOSMA), the SANFL and Adelaide’s AFL clubs, the Power and the Crows.

Both teams feel that as the venue’s principal tenants they should have a seat on AOSMA board, citing the Authority for its lack of transparency and communication.

As reported by the ABC, in separate submissions to the Parliamentary inquiry, the Adelaide and Port Adelaide football clubs advised that they only learned about plans for a $42 million hotel at the venue after it was announced late last year.

The Power harshly criticised the AOSMA, with Power Chief Executive Keith Thomas advising in a letter to the Parliamentary committee “in good faith, we have asked the (AOSMA Chief Executive) to provide more specific information (but the Authority) has declined the opportunity to provide this information.

"The lack of visibility … renders it impossible to assess the likely future exposure we gave as a user of the oval facility."

AOSMA's board is comprised of nominees of its two shareholders, the SANFL and South Australian Cricket Association (SACA), designed to represent the interests of both AFL and cricket.

But the Power said the SANFL does not consult with the state's two national teams.

Thomas added “the SANFL does not engage in regular dialogue with the AFL clubs to ensure our interests are represented to the board.

"The most frustrating, contentious, and business critical issue we face is the lack of transparency around, and input into, how this valuable asset will be used and developed."

Both the Crows and Power asked the Parliamentary committee to consider if the AFL clubs should each be allocated a seat on the AOSMA board, replacing two of the SANFL board members.

In his submission, Crows Chief Executive Andrew Fagan wrote the club has only been given "very limited information" and said the hotel development could "potentially impact our existing amenity at the stadium".

Fagan added “we were only made aware of the proposal via the media.

"We remain unaware of the potential financial upside nor the financial and operational risk that might accompany this significant undertaking."

SANFL Chief Executive Jake Parkinson responded by pointing out that the AFL clubs have received better revenue than was initially forecast from the Oval’s redevelopment in 2012.

Parkinson told the ABC “when we look at the risk which SACA and SANFL carry as shareholders, that is why they're at the board table.”

AOSMA Chief Executive Andrew Daniels rejected claims of a lack of transparency, adding "I think its all part of a normal ongoing negotiation you get between sporting bodies.

"At an operational level we have an excellent and ongoing working relationship with Port and the Crows."