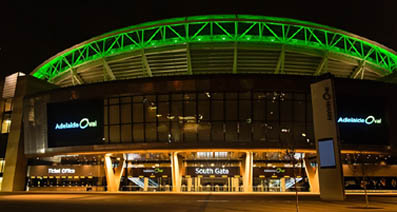 The South Australian Government is in a dispute over upgrade costs with the Adelaide Oval Stadium Management Authority (AOSMA).

A report by the South Australian Auditor-General shows that South Australian Government has invoiced the AOSMA for $300,000 for payments it made to accelerate completion of the oval project in time for the opening Rolling Stones concert, an event which later was postponed.

The report also shows the AOSMA invoiced the Government for more than $1.7 million relating to electronic advertising boards around the boundary of the redeveloped venue and additional food and drinks outlets needed in time for the Ashes Test match in December last year.

South Australian Auditor-General Simon O'Neill said both parties were disputing the claims and there were ongoing talks aimed at resolving their differences.

His report raised concern about project governance because an overseeing committee had met less often than expected and found there had been some lack of appropriate documentation supporting payments made.

The Auditor-General found the Adelaide Oval redevelopment project had stayed within its budget of $535 million.