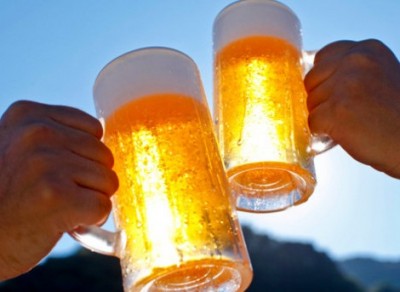 The Adelaide Oval has been criticised for increases in the cost of its food and beverage items by South Australian Transport Minister Stephen Mullighan after fans attending the International Rules Test on the weekend were forced to pay more than $9 for mid-strength beer.

The Adelaide Oval Stadium Management Authority (AOSMA) has again increased the price for its food and beverage offerings by an average 2.7% across the range, despite being accused of "fleecing" the public by South Australian Premier Jay Weatherill when it made a similar increase late last year.

The latest increase means regular beers such as West End Draught now cost $9 while craft beers from the likes of James Squire and Little Creatures cost $10.20.

Small bottles of soft drink cost $5.80 while a bottle of water costs $5.

Fans at Sunday's match  called the price of drinks "horrendous" and "greedy", further claiming it was "blatant profiteering" on behalf of AOSMA.

Minister Mulligan told the ABC “over half a billion dollars of taxpayer funds have gone into this (venue), and we don't want to see it priced out of the market.

"The fact prices are going up again is going to leave some patrons and some fans to make their own decision about how they eat and drink when they want to go to an event at Adelaide Oval."

Minister Mulligan said clubs and other organisations had set up events and activities outside the oval grounds that were becoming more "heavily patronised by people who are heading to watch a sporting event or another event at the oval".

He added “this oval, and all the services it provides, is meant to provide a massive financial boost to South Australian cricket and football.

"If we see that start to drop off because people don't feel inclined to buy a bottle of water or a sandwich or anything stronger, then I think that's going to be a real shame."

An investigation by Keith Parry, a University of Western Sydney lecturer in sport management, last year found Adelaide Oval to be the second-priciest oval for drinks in Australia behind Subiaco Oval in Perth.

Public pressure and criticism forced AOSMA to marginally reduce F&B prices for some items during the third Test between Australia and South Africa in 2016 but reductions of between 10 and 30 cents were largely considered negligible by the public.

However, AOSMA spokesperson claimed the price rises were to "cover the costs associated with the annual increases seen in supplied goods, wages and operational expenses.

"As always, patrons are welcome to bring their own food and non-alcoholic beverages when coming to events at Adelaide Oval.”

However, Minister Mullighan said the South Australian Government's ability to "force or coerce" Adelaide Oval to change its prices was “extremely limited".

He added “we had the same rigmarole last year when prices were increased before the previous (cricket) season.