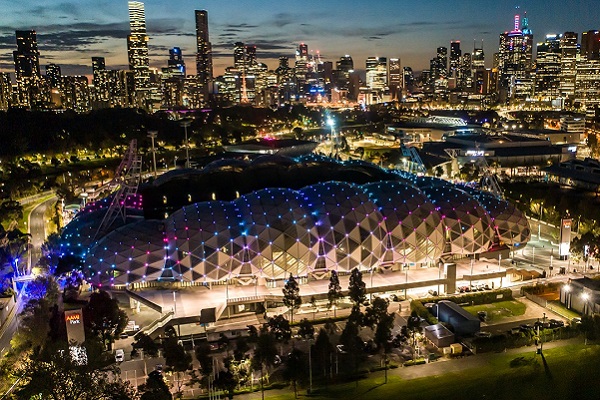 Insurance group AAMI has renewed its naming rights sponsorship of The Melbourne Rectangular Stadium for a further five years ahead of the return of live entertainment, which includes the naming rights of AAMI Park.

The Melbourne CBD stadium whose major tenants are the NRL Melbourne Storm, A-League teams Melbourne Victory FC and Melbourne City FC and Super Rugby's Melbourne Rebels, has also hosted some of the biggest music acts in the world, including Taylor Swift who in 2015 became the first ever artist to perform three concerts at the venue.

To celebrate the extended sponsorship, the insurer has partnered with Amy Shark who will perform a 'money-can’t-buy event' for 1,000 fans at the venue on Friday 11th February next year.

Tickets can be won through the AAMI Lucky Club customer loyalty program, plus limited competition tickets will be available to the wider public through AAMI’s Facebook page.

Shark will also host an exclusive meet and greet for 20 fans, and every ticketholder will be gifted bespoke AAMI Lucky Club merchandise, as well as food and beverage vouchers.

The Sony Music artist said she is excited to stage a special solo acoustic performance in Melbourne, to celebrate the renewal of AAMI’s partnership with the venue, commenting “I can’t wait to bring live music back to the venue after a long hiatus and I would love for you to join me, Amy Shark, live at AAMI Park, after dark on the 11th February."

Reflecting on over a decade of partnership with AAMI while looking forward to seeing the stadium continue to thrive, Melbourne and Olympic Parks Chief Executive, John Harnden stated "since 2010, AAMI Park has become one of Australia’s most loved and renowned sporting and entertainment venues.

“With the support of AAMI, AAMI Park continues to be a prominent brand and venue on our Precinct.

“The (Melbourne and Olympic Parks) Trust is pleased to continue our strong partnership with AAMI and look forward to creating many more memorable moments at the stadium together."