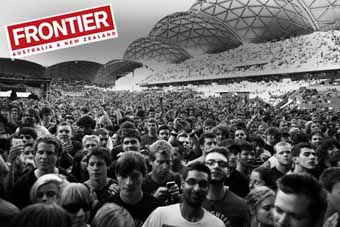 Fears that an upcoming rock concert at Melbourne's AAMI Park will damage the stadium's playing surface for A-League football have been dismissed by stadium managers.

AAMI Park will host the Foo Fighters, one of the biggest bands in the world, on 2nd December.

The stadium, which features one of the best surfaces in the A-League, is also shared by the city's two A-League franchises Victory and Heart - with Melbourne Heart scheduled to host a home game against Wellington Phoenix two days later.

However, stadium management confirmed today this fixture will be moved from AAMI Park, fuelling speculation Heart could take it to a regional venue.

With live events having wreaked havoc with the A-League in the past, AAMI Park General Manager Shane Mates has assured A-League fans the surface will not be affected by the rock concert, which was booked some 12 months ago.

Mates told au.fourfourtwo.com "the Melbourne Heart game on 4th December is not scheduled to be played at AAMI Park, the first game after the concert will be on Sunday 18th December.

"We have been preparing for this event for 12 months and have given ourselves ample time before and after the concert to ensure the playing surface will be maintained."

Multi-use stadiums in the A-League have resulted in some embarrassing situations in recent seasons.

In early 2009, the 'Sensations' New Year's Eve dance party at Melbourne's Etihad Stadium almost resulted in the cancelling of a Melbourne Victory game 24 hours later after debris including metal was left strewn across the ground.

Dutch performer Andre Rieu's concert in 2008 had a similarly destructive effect on the same surface while famously Newcastle Jets had to cancel an A-League fixture at AusGrid stadium after a motocross show ripped the surface to shreds.

In recent seasons concerts by George Michael, Edinburgh Military Tattoo and Bon Jovi have also affected the surface for A-League football at the Sydney Football Stadium.

Mates adds that "the quality of the turf is our number one priority, we are very confident in the measures we have in place to ensure there will be no impact to either Melbourne Heart or Melbourne Victory."

Melbourne Heart have yet to confirm where the fixture will be played.