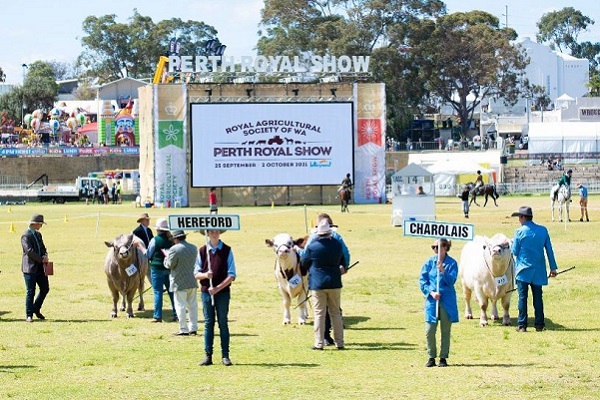 Advising that the 2021 Perth Royal Show has been proving to be Western Australia’s “biggest ticket” over the past week, organisers have thanked all involved in making the event happen.

From the announcement on 22nd June to proceed with the Show, RASWA has experienced many challenges such as putting together a group of staff with essentially no experience within RASWA or the Perth Royal Show to work with a small group of incumbent staff members; the challenge has been monumental. Not to mention the threat of Covid and a potential lockdown.

RASWA President, David Thomas noted “getting to day 1 of the Show and now about to enter our final day, the whole state of Western Australia has been right behind Perth’s ‘Biggest Ticket’.

“Everyone involved has been fantastic, from staff, to our traders and operators, our sponsors, members and the media have been overwhelmingly right behind this Show and there are smiles all round.”

Cooper went on to say “final detail is yet to be concluded, as we are hoping for a ripper Saturday being our final day and a day when we think West Australians will not want to miss out and perhaps even come back for a second taste of this very much-loved event.”

Advising that the Society thanked the people of Western Australia for “voting with their feet” by attending, stakeholders for getting behind and supporting this event and the Western Australian Government for assisting RASWA to make this happen, Cooper concluded “we did it, we did it together and we connected communities.”

Images from the 2021 Perth Royal Show courtesy of RASWA.