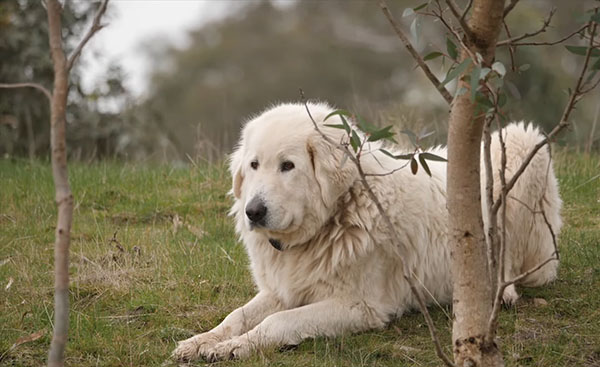 In a collaborative research trial between Zoos Victoria and the University of Tasmania, 20 critically endangered Eastern Barred Bandicoots are now roaming free at a conservation reserve in Dunkeld, in western Victoria, under the protection of two specially trained Guardian dogs, who are deterring predatory foxes away from the site.

The bandicoots were translocated from Phillip Island Nature Parks’ wild population and from captive breeding programs at Werribee Open Range Zoo, Melbourne Zoo and Serendip Sanctuary, and released this month in a Dunkeld Pastoral Company-owned reserve, where Zoos Victoria’s Guardian dogs have been living alongside a flock of sheep.

The conservation reserve at Dunkeld is equipped with 60 remote wildlife cameras and both Guardian dogs are fitted with GPS trackers. All bandicoots are fitted with tiny radio transmitters weighing just over one gram, and a drone will be used to allow researchers to closely track the bandicoot activity throughout the 50-hectare space.

This is the second trial in an innovative research project aimed at reintroducing the critically endangered Eastern Barred Bandicoot back onto Victoria’s mainland where the species once thrived. It follows last year’s release of a small group of bandicoots at another Guardian dog-protected reserve owned by the National Trust (Victoria) near Skipton, also in western Victoria.

Williams notes "In the Dunkeld reserve the sheep can eat grass, bandicoots can live in the grassland with the dogs, and all three species can share the same habitat. We’ve trained the dogs to leave the bandicoots alone and, instead, bonded the dogs to protect a flock of sheep.”

Eastern Barred Bandicoots were once widespread across the grassy woodlands of southwest Victoria, however extensive habitat destruction and the spread of introduced predators following European settlement saw the bandicoot population plummet. Today, outside of the research trial, Eastern Barred Bandicoots are extinct in the wild on mainland Australia. 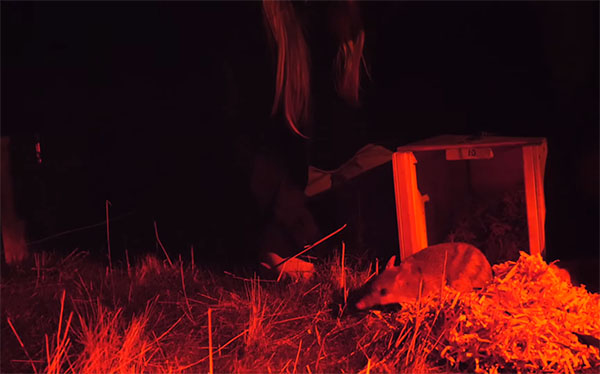 The Eastern Barred Bandicoot Recovery Team was formed in the late 1980s. A captive breeding and insurance program managed by Zoos Victoria, combined with releases into fenced and island safe havens, has prevented the total extinction of the Eastern Barred Bandicoot. However, further efforts are required to support the species’ long-term future. The Zoos Victoria Guardian Dog Project aims to reintroduce populations of the notoriously gentle and shy native marsupials back into the wild on mainland Victoria.

Williams said conservation scientists were thrilled to commence the Dunkeld trial, following evidence of bandicoot breeding and data that indicates that the presence of the dogs is altering the behaviour of predatory foxes at Skipton.

Williams adds “as the bandicoots are going back into natural habitat on the mainland, we anticipated that some may not make it through the journey. However two months after the Skipton release, 10 of the 20 bandicoots were found to be in good condition and had gained weight. Four also had pouch-young, demonstrating that breeding is successfully occurring – which is very positive.”

Williams said the research trial’s key measure of success will be the establishment of self-sustaining populations of bandicoots on Victoria’s mainland.

“We are excited to see the results from these two trials to inform what the future may hold for the Guardian Dog Program,” Williams said. “The research trial at Dunkeld will run for two years, and if a population of bandicoots has established at that time, the Guardian Dogs may stay on site indefinitely. Following this, an expansion of the program to additional trial sites will be considered,” he said.

The Zoos Victoria Guardian Dog Project is modelled on the successful Middle Island Maremma Project, where Maremma dogs are trained to protect penguins from foxes during breeding season. This is the first time that the method is being applied to an endangered marsupial and in an open landscape.