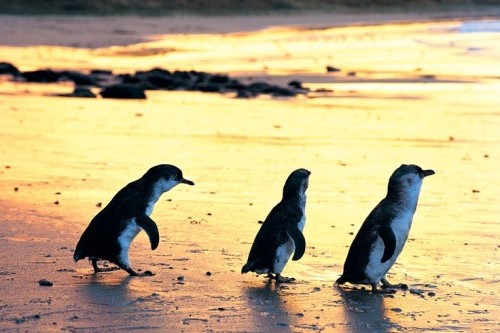 The Tasmanian Government is introducing tougher penalties for dog owners whose animals injure or kill penguins.

Amid fears that colonies could be wiped out following the deaths of more than 170 birds in the last two years, a new bill sets a new maximum fine of $5,040 for owners of dogs that injure or kill sensitive wildlife, while the dogs could also be destroyed.

Under the current Dog Control Act 2000, the owner of a dog that injures or kills an animal can be fined up to $2,600.

The Tasmanian Government announced in June that it would review the act after 42 little penguins were mauled to death by a dog at Wynyard in the state's north-west.

More than 170 little penguins have died in various colonies around the state in the past year, which wildlife experts say puts the species in a "tenuous" position.

"It's not only little penguins (under the legislation), it's any vulnerable native animal around the coastline that's been declared."

Lincoln advised "we can start on this and build up more.

"Half the time up here, people don't realise their dogs are out."

The act will see the Tasmania Parks and Wildlife Service given the ability to take DNA samples from dogs suspected of attacking native wildlife.

The Tasmanian Government move includes no action on surveillance and enforcement.

The public has until 27th September to comment on the proposed Dog Control Act changes.