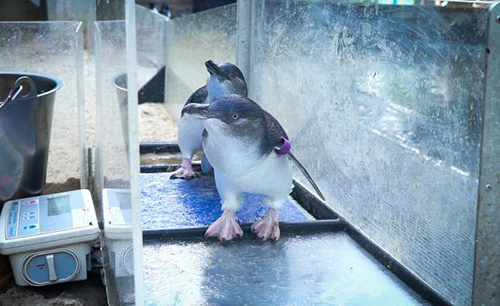 A new device at Melbourne Zoo is enabling keepers and veterinarians to innovatively monitor the health and welfare of its Little Penguins.

The custom-designed device was conceptualised by Melbourne Zoo keepers, and allows penguins to be weighed with ease and for their feet to be health-checked daily. The device also provides penguins with the choice to voluntarily participate in these routine checks.

Melbourne Zoo Wild Sea keeper Elizabeth Liddicoat, said the device had changed the way keepers now work with the penguins, commenting "this device has been set up so that we can assess the penguins’ health without having to pick them up."

The device is separated into three key sections: the penguins first step into a footbath to clean their feet, before moving on to a scale to be weighed. The penguins then stand on a podoscope, a see-through box with an embedded mirror that reflects the bottom of the penguins’ feet into the view of keepers and vets. Finally, the penguins are presented with a food reward as positive reinforcement. 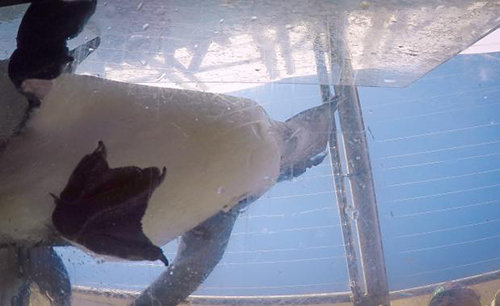 Liddicoat said keepers need to be able to monitor weight to make sure that the penguins remain healthy and seeing under the penguins’ feet helped with the monitoring of ‘bumblefoot’, adding “Bumblefoot is a really common medical problem that occurs with water birds,” she said. “By standing on the podoscope we can get a great view of the undersides of penguins’ feet and identify and treat the (bacterial and inflammatory) condition in its early stages.”

Liddicoat said that scales and podoscopes were used by keepers for a variety of animals, however the design of the structure at Melbourne Zoo for the Little Penguins was unique, concluding "we’ve never seen it at any other zoo, so we’re pretty sure it’s a brand new idea as far as penguins go." 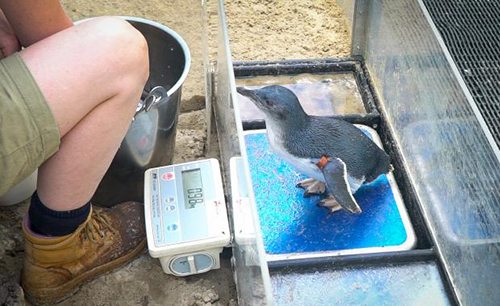 Little Penguins are native to Australia and are the smallest species of penguin in the world. The penguins at Melbourne Zoo play an important role in educating the public about the health of the marine environment and inspiring people to protect it.

Visitors can see the Little Penguins and the new health care device in action during the daily talks at 3:45pm at the zoo’s Wild Sea precinct.