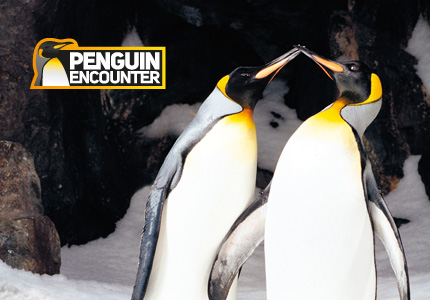 The saga of the theft of a fairy penguin from Gold Coast theme park Sea World has come to a close with the two young Welsh tourists who stole the penguin being fined $1,000 for trespassing, theft and keeping a protected animal.

According to Brisbane newspaper The Courier-Mail, Rhys Owen Jones, 21, and Keri Mules, 20, pleaded guilty to the offences in front of magistrates in Brisbane this week.

Jones, a former British Royal Marine, and Mules, a bricklayer, were in Australia on a working holiday visa when they broke into Sea World and stripped off to go swimming with dolphins, let off a fire extinguisher in the shark enclosure, and stole the fairy penguin, named Dirk.

The pair snuck into the park with an 18-year-old Australian called James Vasilj after a beach party.

Jones and Mules lawyer Bill Potts told Southport Magistrates' court that the pair meant no harm to the bird, and attempted to feed it and put it in the shower when they woke up the next day.

Potts told magistrate Brian Kucks that the boys' actions were "immature and stupid" but that no malice was involved.

The tourists released seven-year-old Dirk into a canal where he was later spotted by a member of the public and returned to Sea World and his mate Peaches.

The magistrate heard how the pair had written a letter of apology to Sea World, and agreed to an appeal not to record convictions against them, merely fining them $1,000 each.

Jones and Mules were identified as the penguin-nappers when someone spotted photos on Facebook of them posing with Dirk before his release and turned them in.