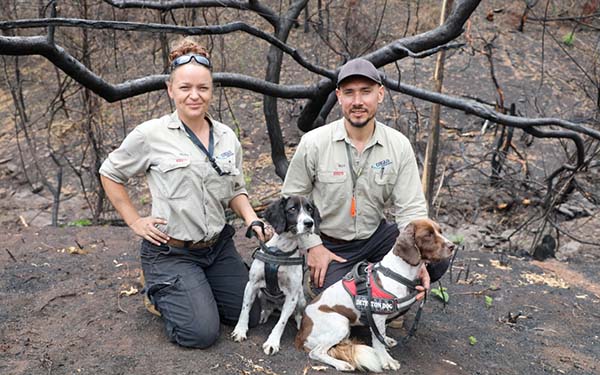 Thanks to their acute sense of smell, two English Springer Spaniels named Taz and Missy of OWAD Environment have been deployed to find koalas threatened by bushfires in Queensland and more recently to track a very rare underground orchid called Rhizanthella, first discovered in 2016 in Barrington Tops National Park.

OWAD Environment was formed in 2013 and is owned and operated by Olivia Woosnam and Alex Dudkowski, who are work and life partners. Both Woosnam and Dudkowski are Certified Environmental Practitioners (CEnvP) from the Environmental Institute of Australia and New Zealand (EIANZ).

Their professional detection dogs are also certified by the Conservation Division of the Australian Canine Detection Certification Council (CDCC).

During last year’s devastating bushfires, a fire burned over 6,000 hectares of the Maryvale forest, a town in the Southern Downs Region in Queensland.

With dogs being 372% more effective than humans at finding koalas and due to their acute sense of smell, Taz and Missy found seven live koalas inside the forest hit by the flames. The fire front in Maryvale had been so strong that the five-star Spicers Peack Lodge had been evacuated. The discovery of the koalas gave hope that an even greater number of koalas possibly survived. 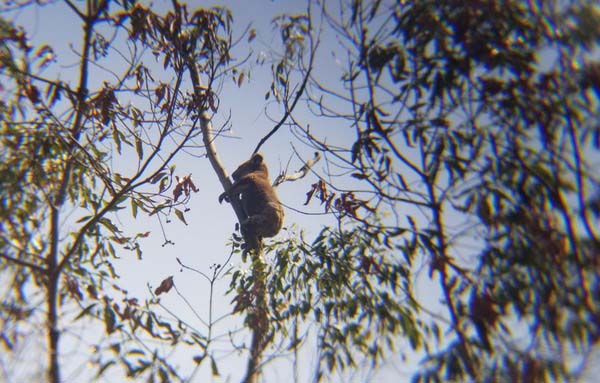 Discovered by a member of the public, the orchid is being investigated as a potential new species – and like other underground orchids, it’s difficult to track down.

Most of the plant grows underground, and only the flower is visible above ground – but even this is nearly always covered by leaf litter. Taz and Missy were given just four flowers to learn to identify the scent during training.

Although Barrington Tops National Park was recently impacted by bushfires, the area with the Rhizanthella was unaffected. Field trials took place in early January, when Missy and Taz found remnants of the season’s last flowers hidden under leaf litter. 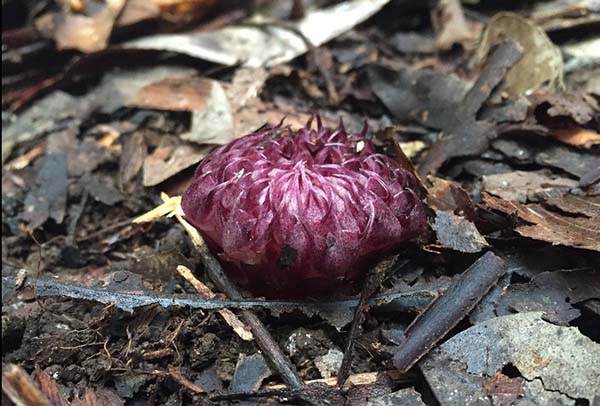 Paul Hillier, Senior Project Officer, SoS notes “this is the first time detection dogs have been used to find underground orchids, and it was a resounding success. On top of both dogs locating the orchids in the known location, Missy may have also found the orchids growing in a new location.”

However, no flowers were seen at the new site, as the plant had finished flowering for the year.

The dynamic duo will return in winter when Rhizanthella flowers start emerging again, and search across more locations. The exercise is laying groundwork for finding other elusive species such as the threatened eastern underground orchid.

Hillier adds “this work opens up a doorway for us to come out and find other species that are also proving a challenge to work with and conserve.”

The SoS program is the NSW Government’s commitment to secure the future of NSW threatened plants and animals, with $100 million being invested in it over five years (2016 – 2021).

Image top of Olivia Woosnam and Alex Dudkowski with Taz and Missy courtesy of OWAD Environment;
Image centre: The mid-north coast of New South Wales was home to up to 28,000 koalas before the wildfires. Credit: OWAD Environment 2020;
Image above Eastern Australian underground orchid (Rhizanthella slateria) in bloom: Credit Luke Foster