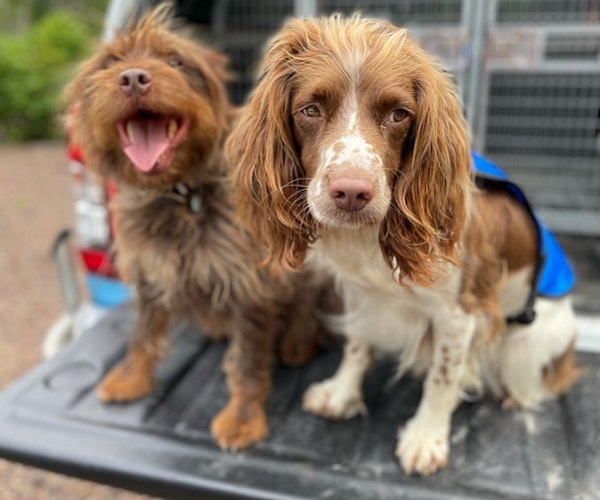 Auckland Council has announced that two pest detection dogs, trained to sniff out kauri dieback, are being phased into its operations, beginning with their testing of soil samples from possible infected kauri trees.

Advising that five-year-old Jagdterrier Mawhai and four-year-old English Springer spaniel Pip are the country’s first dogs trained to detect kauri dieback, Auckland Mayor, Phil Goff explained “it’s great to have these two make the grade. They’ll be of huge value in the field for our biosecurity team as they can produce instantaneous diagnoses in the field for relatively low cost.

“They’ll be able to help us further protect islands in the Hauraki Gulf like Waiheke which is still free from kauri dieback disease. They’ll be used to detect the disease on high-risk loads moving to islands in the gulf, checking peoples footwear or other items at the waterfront before departure, searching equipment and materials being used to create walking tracks on islands, and inspecting quarries and nurseries prior to goods and materials being transported into kauri forested areas."

Based on earlier success with proof of concept work undertaken in 2016, Auckland Council’s kauri dieback team have invested a little over $49,000 to date in training the two dogs.

Training began in February 2020 at a secure facility where strict cleaning procedures and entry and exit protocols were in place. Because kauri dieback disease (phytophthora agathadicida) is an unwanted organism, the samples used in training were inoculated by Plant and Food Research in Havelock North and couriered with the permission of MPI, to Auckland.

Over the year, the dogs and their handlers undertook specialist training of up to 10 hours a week to successfully learn to detect kauri dieback disease in a range of materials including kauri tree roots. 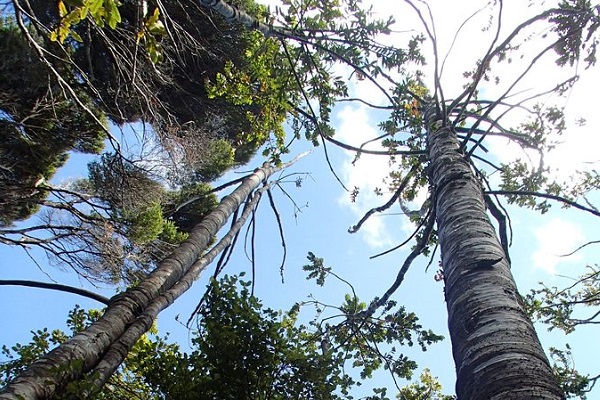 While in training the dogs even had to clean their paws or wear booties, which were washed afterwards to avoid spreading the disease.

Auckland Council’s lead handler, Brian Shields advised “it was a challenging assignment for the dogs and for us as trainers.

“Dogs are commonly used throughout New Zealand to detect invasive animals and plants. Training them to detect a pathogen can at times be a difficult task when it is not visible to the naked eye.”

“Keeping them focused and noses to the task was no easy feat. We worked them with various other phythopthoras commonly found in kauri trees, but the dogs showed little to no interest in these which was reassuring for us as it told us they were on the right track.”

Dogs have highly developed olfactory systems in their noses, between 250 and 300 million receptors, compared to about six million in humans, making a dog’s nose more than 40 times more sensitive.

The next stage, will see the dogs tested on their sensitivity to phytophthora agathicida using odour recognition tests and checking soil samples taken from the Kauri Dieback team for analysis This will enable samples taken from trees and suspected to be infected, to be quickly and cost-effectively tested.

The biosecurity dog unit has been highly successful in species-specific detection; they also have the world's first dog trained to identify Argentine Ants.

The dogs have been certified under the national Conservation Dog Programme.