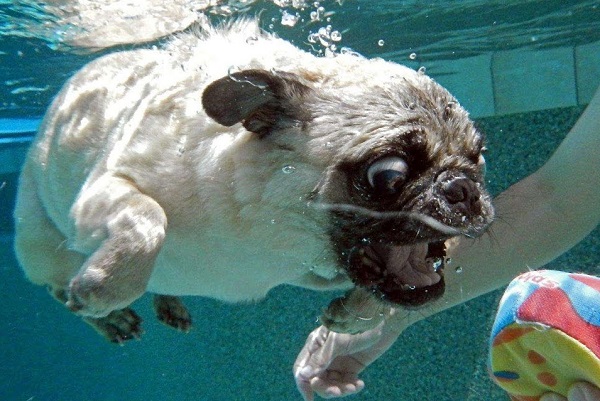 New Zealand's growing practice of allowing dogs into outdoor public swimming pools immediately before their closure at the end of the summer season is set to kick into action this weekend.

Coinciding with the Otago Anniversary Weekend, the Molyneux Aquatic Centre in the community of Alexandra in central Otago will be staging the fourth Soggy Doggy Splash event in it's outdoor pool on Sunday 24th March.

The event has been held twice in Spring as part of the Alexandra Thyme Festival, and last year was held at the end of the outdoor pool's summer season. Dog owners have raved about these events on behalf of their canine companions.

The event will be split into two sessions. Small to medium dogs are first up from noon, followed by medium to large dogs from 1.30-2.30pm.

In between sessions there will be a fundraising sausage sizzle and raffles.

Entry is $10 per dog, with all proceeds going to the Society for the Prevention of Cruelty to Animals (SPCA). 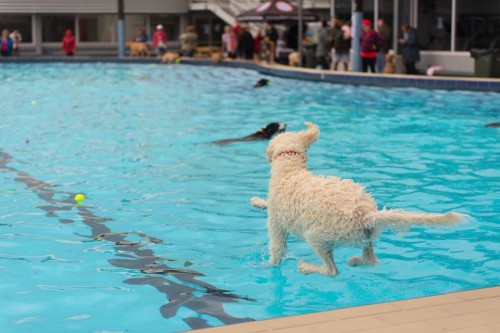 Commenting on the event, Waikato Animal Control Education and Engagement Officer, Zoey Jackson explained "this is a chance for us to give something back to our furry friends.

“It’s a fun day for dogs and their owners and we love getting to meet the dogs in our communities. It’s also an opportunity for people to meet our Animal Control Officers and Pound staff, and ask any questions they may have about dogs and dog ownership.”

This is the second year the Pound Pups Pool Party event has been held with all money received to be donated to three charities that support Waikato Pound Pups: Humane Society of New Zealand, DC Rescue Dogs and Tokoroa Animal Rescue.

Jackson added "these charities help us to re-home dogs from the Pound and without their help we wouldn’t be able to re-home as many as we do.”

Paws in the Pool is a collaborative project organised by Hamilton City Council's Animal Education and Control team and Waterworld - supported by The Breeze and Yours Droolly.

Lower image shows dogs enjoying their day in and around the pool at the Onehunga War Memorial Pool in 2018.