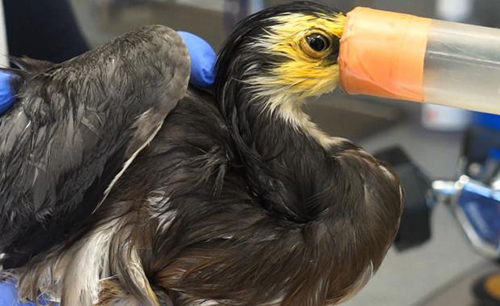 A record number of marine wildlife callouts has resulted in Zoos Victoria’s AGL Marine Response Unit (MRU) having its busiest summer season ever.

At the end of February, the unit had responded to 391 reports over a 12 month period, an increase of 43% on the same time last year.

He explained “this is driven mainly by people being out and about on the beach in the warmer weather. People are more likely to see animals in distress and therefore more inclined to call us.

“There is also increasing awareness amongst the public about the work the AGL MRU is doing. So we are growing as a result of that every year.” 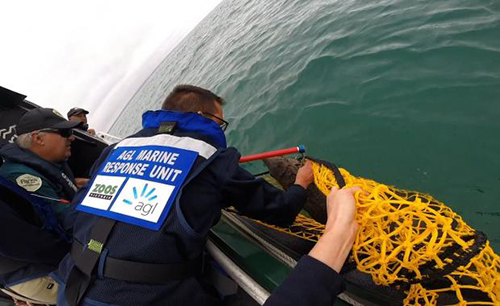 Keenan said one of the biggest issues for marine animals was entanglement, which the unit assists with on a regular basis.

Explaining this he added “we’ve seen a lot of entanglements this year and we’ve been fortunate enough to be able to successfully assist animals including seals, penguins, swans and a variety of other seabirds.”

“Thankfully we’ve had some really wonderful successes, notably the disentanglement of three fur seals in Port Phillip Bay over December and January.”

Earlier this week, the AGL MRU successfully saved a Pacific Black duck, after it was found with a plastic ring dangerously lodged around its head. The duck was taken to the vets at Werribee Open Range Zoo for treatment and was released late in the evening.

Keenan said the unit would not be able to assist the volume of wildlife it does without the support of the public, concluding "it’s very important that people consider themselves as part of the AGL MRU.

“We rely on the community to act as our eyes and ears and to alert us when they see injured or distressed marine wildlife.”

The AGL MRU first launched in 2013 and is Victoria's only dedicated marine unit to respond to calls for assistance involving seals, turtles, dolphins and other marine wildlife in Victorian waters.

Victorian’s that see injured or distressed marine wildlife are encouraged to contact the AGL Marine Response Unit on 1300 AGL MRU (1300 245 678).

18th November 2015 - Students clean up to save marine wildlife