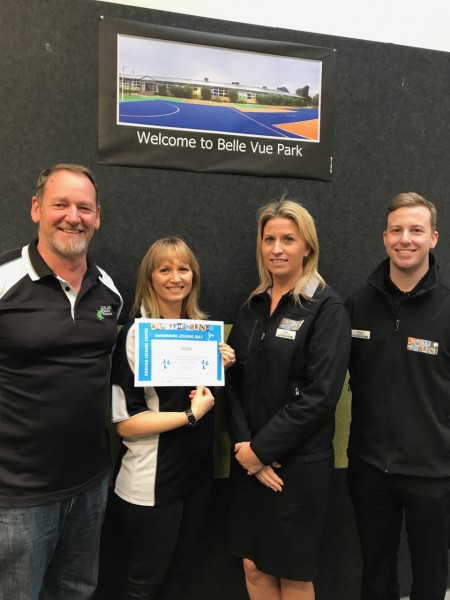 YMCA Victoria has advised of a recent partnership with Moreland City Council that facilitated a fully funded swimming program in school Terms 1 and 2 that saw almost 300 students from disadvantaged schools across the municipality take part.

The six-session inclusive programs were held over five weeks each and were aimed at providing students with basic skills in and around water and the promotion of safety in an aquatic environment.

Active Moreland YMCA acting Area Manager Shane Brodie said the initiative was the result of local research that identified the needs of students from a group of disadvantaged schools in the Moreland municipality.

Brodie stated “principals from the three schools were approached to discuss the program offering and all were very keen to be involved.

“The program reached out to just under 300 students across special needs, primary and secondary students. The project demonstrated again the power of a partnership approach.”

As the largest provider of swimming lessons in Victoria, YMCA believes every child should have the opportunity to learn vital swimming and water safety skills regardless of location, physical capability, cultural background and socio-economic circumstances.

Each Active Moreland aquatic and leisure facility selected a school within its proximity that was recognised as being disadvantaged on an independent scale (ICSEA) or were placed in the bottom quartile of socio-economics in the Moreland municipality.

The main aim of the program was to teach water safety in a fun environment, however it quickly developed more far reaching impacts including the empowerment of students, increased confidence and demonstrated team building.

The power of the initiatives benefited the schools, students and immediate family and also had a strong impact on the staff teams delivering them.

Belle Vue Park Primary School Principal Paul Kenna said the program had been an outstanding success and had a positive impact on all students that took part, advising “it was a huge success with 99% attendance from our school. The cost of sending children to a swimming program is prohibitive for many of our families so the response to a sponsored program has been overwhelming.

“The pool and facilities were excellent and the staff were friendly, professional and patient with our students. It was great to see our students develop confidence in the water.

“The (awarding of) certificates capped off what was a brilliant initiative.”

Kenna acknowledged the collaboration between the YMCA and Moreland Council that enabled the facilitation of the program.

The Active Moreland YMCA team is currently reviewing the project and looking at ways of growing the initial free swimming for schools program with a view to influencing the integration of swimming as a compulsory component in the Victorian curriculum.