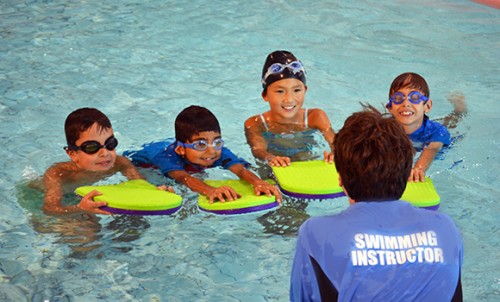 The year-long study, to be conducted through 2017, follows the Victorian Government's recent announcement that swimming lessons will be a mandatory part of the primary school curriculum.

The study, to be conducted at the Peninsula Leisure operated Peninsula Aquatic Recreation Centre (PARC), will study a group of Mornington Park Primary students.

Speaking about the research on ABC Radio, Deakin University health and physical education Lecturer Kate Monkrieff said it was important that all Australian children learned to swim.

However, she pointed out that no research had been done into what learn-to-swim programs were most effective, stating “we know how to teach (children to swim), but we don't know in what type of structure.”

Monkrieff said the study, which began last week, would follow the progress of three groups of 100 students, with each group learning to swim in a different structure.

Students in the first group would participate in a school-based intensive program where they learn to swim over several consecutive days.

The second group would consist of students attending weekly swimming lessons at PARC.

Those in the third group would participate in both weekly swimming lessons and a school-based intensive learn-to-swim program.

A fourth control group would consist of children either not learning to swim or learning informally at the beach or in backyard pools.

Monkrieff said the study would focus on determining which group of students best retained the swimming skills they learned.

She concluded “we're looking at each of the modes to determine, actually, what's the most cost-effective and effective way.

"It's a longitudinal study. We'll come back in 12 months and look at where their swimming is at."

The researchers will report on their findings in March 2018.