YMCA Playnasium to boost parent and child interaction through activity 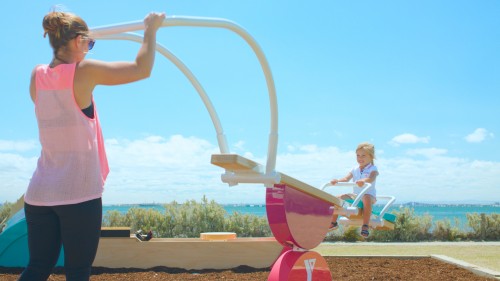 With aim of enhancing parent and child interaction, the YMCA has launched a ground-breaking innovation that combines fitness and play equipment.

Using their children as counterweights, the newly released the YMCA Playnasium enable parents can work-out while simultaneously playing and bonding with their progeny.

The three pieces of YMCA Playnasium equipment, the row-row-row machine, the pec-a-boo and the pull upsy-daisy, have all been designed for families with young children (blow the age of seven) to make exercise easy and fun.

YMCA Victoria Chief Executive Peter Burns explains that new initiative is about enabling parents to role model healthy behaviours and get active outside, helping them to introduce their children to exercise at an early age.

Burns explains “the YMCA has a long history of inventing things – we invented basketball, volleyball, futsal and now the YMCA Playnasium.

“Being a parent of young kids can make it tricky to get to the gym. This new equipment bridges the gap so people can be at the gym and the playground all at the same time.

“With more than half of Australian adults getting insufficient amounts of exercise and nearly a quarter spending more than eight hours sitting down every day, we wanted to develop equipment that not only helps mum and dad get out into the community but was fun for the whole family.” 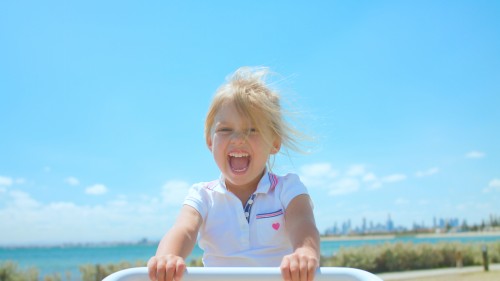 The YMCA sees the Playnasium as both a leap forward for exercise equipment and an innovation in playground apparatus seeing that traditional playground equipment, such as swings and slides, putting the parent behind the child.

By contract, the YMCA Playnasium equipment puts them in front with eye to-eye contact encouraging what child psychologists refer to as ‘attunement’ - connecting parent and child to form stronger family bonds.

The YMCA Playnasium will commence a roadshow throughout Victoria with dates and locations to be announced soon.

Development of the YMCA Playnasium to life has only been possible with the generous support of McCann Melbourne and Bayly Group.

For more information go to www.playnasium.ymca.org.au