The Why Not? Campaign aims to communicate the YMCA’s united belief in inspiring young people and addressing issues that concern them.

Introducing the initiative, YMCA NSW Chief Executive Leisa Hart explains “as a major employer of young people in hundreds of communities and through our many programs that already provide platforms for young people’s voices to be heard, we want to be known for our belief in them.

“We feel the best way to do this is by using the media to shine a spotlight on the issues that matter most to them.”

Launched today (20th June), with exclusive media spots on Channel Nine’s ‘Today’ Show, as well as other associated media, the campaign aims to create a platform for the voices of young people to be heard on a range of social issues including employment, mental health and marriage equality.

Commenting on his involvement in the campaign, Boy George stated “the world can be a scary and overwhelming place, it's easy to feel you're not important and that your views don't matter.

"What if the answer to some of our biggest problems is in the mind of a young person who feels there's no place in society for them? We need to give them a voice and start listening."

The partnership is remarkable given that the organisation threatened legal action when the Village People's ‘YMCA’ took off in the 1970s, spawning an iconic dance that can still bring parties together. Most importantly, it became an encouraging and slightly risqué anthem for the LGBT community considering the song's roots. The case was dropped when the organisation realised that they didn't actually own the trademark, but they remained hesitant to embrace the track until now. 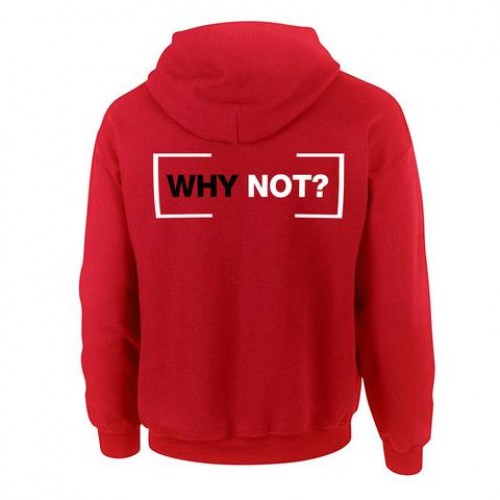 Speaking to the Guardian Australia on their decision to reclaim and celebrate the once controversial song for the campaign,  YMCA Australia Chief Execuitve Melissa Crole advised “when you listen to the reason why the song was written and listen to the verses, then you see it fits with our social mission.”

Hart added “believing in the power of young people means we can be a conduit for their voices, even if we haven’t spoken out on their issues. We will start with three key issues that matter to young people today and we will fight for them to be heard. Those issues are mental health, unemployment and marriage equality.

Images: Boy George launches the YMCA's Why Not? Campaign (top), the Campaign (middle) and merchandise (below).