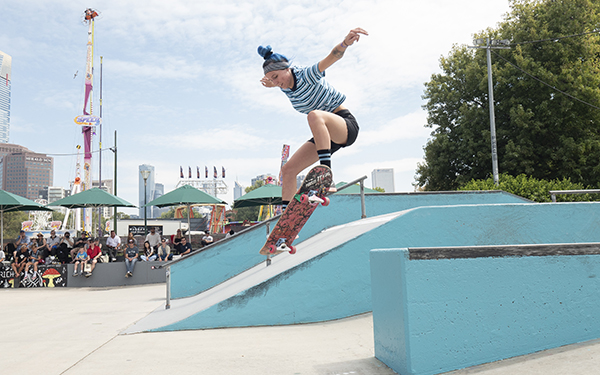 2020 marks the first year skateboarding will be an Olympic sport.

Seven West Media will live stream the Australian Skateboarding League’s National Street Open and Female Finals on 7plus on Saturday 7th March, which takes place in Melbourne as part of the Moomba festival. A 20-minute highlight package of the skate event will be broadcast at a later date through 7mate.

The Australian National Skateboarding League Finals is run by YMCA and Skate Australia during the Moomba festival in Melbourne and will include many young Australian Olympic hopefuls competing.

YMCA Victoria Chief Executive Carolyn Morris noted that the partnership between YMCA and Seven West Media is a chance for Australians to get behind their next skateboarding champions and Olympians.

Morris enthused “we’re thrilled to partner with Seven West Media and be part of this historic year for skaters. The YMCA and the Australian Skateboarding League is an important stepping stone for these future Olympians.”

A 20-minute highlight package of the skate event will be broadcast at a later date through 7mate.

Head of Network Sport Seven Lewis Martin said he hoped the coverage would unite new and old skate fans adding “we’re rapt to be bringing skateboarding fans the very best in action and introducing the nation to some of our newest Olympic hopefuls.

“There’s sure to be some extraordinary skating and we can’t wait for it to get started this weekend with the National Street Open and Female Finals live on 7plus.”

For more information go to www.ausskateleague.com.au