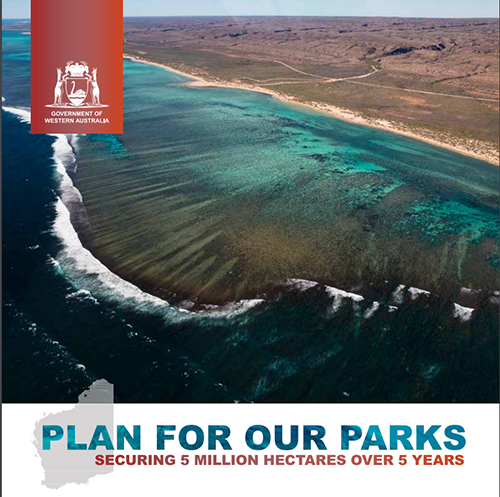 The Western Australian Government has unveiled a bold target to create five million hectares of new national and marine parks and reserves over the next five years - increasing Western Australia's conservation estate by 20% by 2023/24.

The Plan for Our Parks initiative will see new and expanded parks from the Kimberley in the north, across WA's Midwest rangelands, through areas from Perth to Bunbury, to the South-West forests and a potential new marine park along the southern coastline.

"Our State is already famous for its iconic national and marine parks, and providing more access to our natural assets while enhancing their protection will further put Western Australia on the eco-tourism map.”

The expansion plan will deliver on a number of existing commitments to expand WA's conservation estate, and create new opportunities for jointly managed parks and reserves.

Advising that the Western Australian Government will work with key stakeholders to achieve these new targets, Premier Mark McGowan added "increasingly tourists from Australia and around the world want to see and experience WA's amazing natural environment. By expanding our conservation estate, in consultation with industry, we can create new jobs and opportunities."

From this, specific park boundaries and management approaches will be refined before the individual parks and reserves are created over the next five years.

To view the plan, visit pws.dbca.wa.gov.au/planforourparks