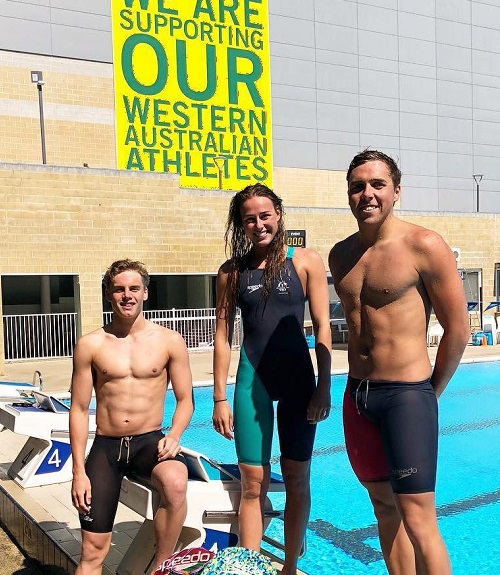 The Western Australian Government has refused to contribute to an Australian Olympic Committee funding campaign because it does not trust eastern states-based administrators to give the cash to local athletes.

The West Australian has reported that Premier Mark McGowan recently wrote to the Australian Olympic Committee (AOC) to reject a funding request for $333,333.

It would have kick-started the Australian Olympic Team Appeal WA bid to raise $1 million ahead of next year’s Tokyo Games.

The previous Western Australian Government started the appeal for the 2016 Rio de Janeiro Olympic Games with a $266,000 donation.

However, current Premier McGowan told the AOC there was no budget allocation for Tokyo because of Western Australia’s “very difficult financial position”.

According to The West Australian, the state is set to provide at least 30 athletes for next year’s Australian team, including pole-vaulter Nina Kennedy, swimmer Brianna Throssell and Kookaburras hockey co-captain Aran Zalewski.

Minister Murray advised that those confirmed for Tokyo would be eligible for cash to help fund their mission, along similar lines to the Queensland Government’s bonus grant, which provides $2700 to athletes.

He advised "we want to make sure the funding goes directly into the back pockets of local WA athletes - not to some administrator based in Sydney or Melbourne with the power to direct the funding wherever they wish.

“Under previous models used by former State governments, West Australians had no certainty as to where their money was going. We think we can do a better job of maximising the benefits to WA athletes and what we want to do is make sure they are getting the money. The athletes know how best to utilise this funding for their preparation towards winning Olympic gold.”

AOC Chief Executive Matt Carroll said he was disappointed with the decision, but would continue to work with the Western Australian Government on a “range of initiatives”.

“Donations are used to provide our athletes with the best possible environment to achieve their Olympic goals. The requirements of every athlete are catered for. That is what the money is used for.

“All funds raised through the appeal goes to a separate account, dedicated to the Games team and is separately audited. The funds are not used for the general administration of the AOC.”

The Weekend West also reported that the Western Australian Government will also not fund an 'Olympics Unleashed' program being rolled out across Australia. The NSW and Queensland Governments have embraced the program where athletes mentor students in setting goals and building resilience.

Following a longstanding dispute with the Australian Institute of Sport, in October last year Carroll called for a Federal Government injection of $60 million into Olympic sport.

Image: Brianna Throssell at a Speedo campaign. Courtesy of Instagram.