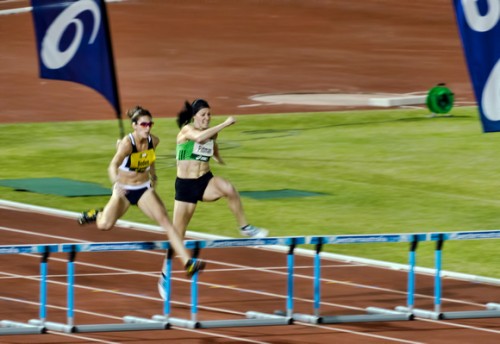 Some of Australia's finest athletes will face their international rivals at a world-class athletics meet announced this week by Western Australian Tourism Minister Kim Hames.

"The one-day event promises to be the best international athletics competition on WA soil since 1996 when British Olympic gold medallist Linford Christie competed in Perth."

Minister Hames said the Western Australian Government, through Eventscorp, was proud to support the Perth Track Classic for three years starting from February 2012. He also announced that Perth would play host to Australia's future track and field stars at the Australian Junior Athletic

Championships in 2013 and 2016, adding "the junior championships attract the best athletes from the under 14, 16, 18 and 20 age groups and has become a must for any junior athlete who wants to go on to represent Australia."

As well as being a major boost to WA's athletics community, Dr Hames said the competitions would benefit the economy, concluding "the Perth Track Classic and the Junior Championships will see thousands of athletes and spectators visit WA, potentially injecting $10million into the State's economy.

"This follows last month's announcement that Perth will host the 2016 World Masters Athletics Championships which could attract 8,000 visitors and deliver up to $31 million."

All three events will be held at the WA Athletics Stadium in Mt Claremont, which was designed to international standards to cater for elite competition.

For more information go to www.tourism.wa.gov.au/Events/Pages/Major_Events.aspx