$25 million to set WA athletes on course for Rio Olympics 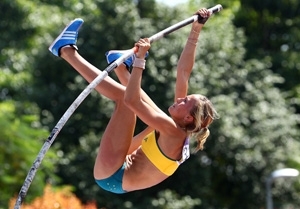 The Western Australia Government has approved funding of almost $25 million for the next four years to ensure West Australian athletes get the very best preparation to compete at the 2016 Olympics in Rio de Janeiro.

The Olympic Quadrennial funding is $4.285 million more than the $20.4 million provided for the previous Olympiad, and will go towards athlete services, coaching and support.

Announcing the funding Western Australia Sport and Recreation Minister Terry Waldron said without appropriate resourcing for the Western Australian Institute of Sport (WAIS), WA's high-performance athletes in more than 28 sports did not have a viable athlete pathway to national representation.

Minister Waldron explained "this money goes towards core operations which are focused on supporting athletes with quality training environments and competition opportunities."

The funding is in addition to the $33.73million already committed to the development of the new WAIS High Performance Service Centre in Mount Claremont.

Minister Waldron added "we want to ensure our representation on the Olympic team reflects our population compared to the rest of Australia.

Of this funding, $19.346 million has been approved from the Community Sports Lotteries Account which is funded by Lotterywest.

With construction set to commence next year, the new WAIS High Performance Service Centre is expected to be completed towards end of 2014.

To be built on the eastern side of Challenge Stadium, the Centre aims to keep WA athletes at forefront of world-class performance and will include:

The $25 million preparation funding is in addition to the $33.7 million cost of the WAIS High Performance Service Centre.

For more information go to www.wais.org.au