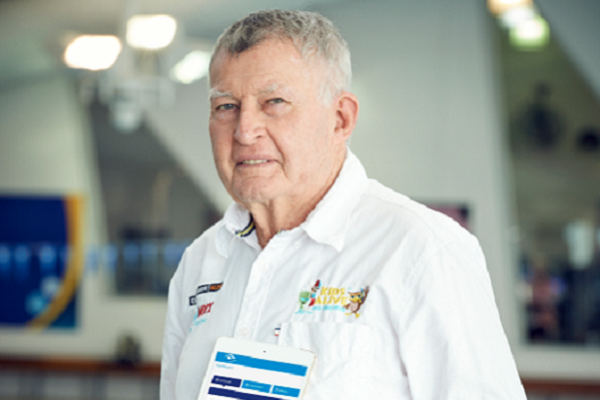 Verhaeren’s controversial and incredibly strict Olympic selection policy means winners of this year’s national trials could still miss out on a spot at the games, thanks to the coach’s requirement that swimmers must post a time that would have qualified at consecutive world championships to be eligible for Olympic selection.

Lawrence (pictured), also a former coach of the Australian swimming team, was highly critical of Verhaeren’s selection policy, stating “Jacco’s a w*nker, and you can quote me on that.”

He went on “it makes me want to spew. It should be first and second and away you go.

“It’s cutthroat enough to finish first or second at the trials but plenty of swimmers are pure racers that will improve when they get to the Olympics.”

Verhaeren’s policy is set to live on for Swimming Australia, despite the coach announcing he was stepping down to return to the Netherlands for personal reasons earlier in June this year.

He will be replaced by Rohan Taylor.

Baumann said the selection policy was designed to ensure athletes were better prepared for the environment of the Olympics, explaining “obviously that puts pressure on athletes during the trials but when you get to the Olympics, it’s a pressure cooker and you have to be able to deal with a lot of distractions and perform under those conditions.

“We’re going to consider all these things and we have to be fairly flexible but right now we’re fairly comfortable that these are the right appropriate times.”