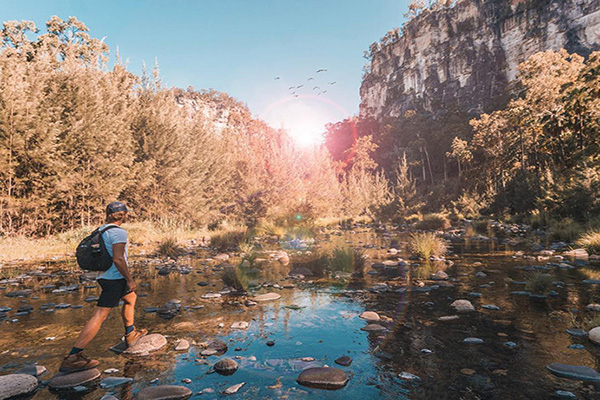 Days out from going into caretaker mode for this year's election, the Queensland Government has delivered on a promise made last election - to protect more wilderness areas in Queensland with an initial investment of $60 million.

Queensland’s Protected Area Strategy 2020-2030 is their new ten-year plan for supporting the growth, management and sustainability of national parks and other protected areas and details how protecting and revitalising national parks will play a vital role in supporting economic recovery for Queensland.

Queensland Minister for Environment Leeanne Enoch announced the release of the Strategy, which includes a significant investment in the expansion of protected areas and a doubling of ranger numbers in the Indigenous Land and Sea Ranger Program.

Minister Enoch added “a further $8 million will also be spent to expand the Private Protected Areas Program that supports landholders to establish Nature Refuges and Special Wildlife Reserves on their land.”

The critical role of First Nations peoples in co-stewarding Queensland’s environment will be supported through a significant expansion of the Indigenous Land and Sea Ranger Program.

Minister Enoch highlighted “we’re doubling the number of Indigenous Land and Sea Rangers who do important work looking after Country. By increasing Indigenous Ranger numbers to 200 we’re delivering jobs for First Nations peoples and supporting the incredibly important contribution of First Nations peoples, and their generations of knowledge and experience in conserving cultural heritage and the environment.”

Minister Enoch said a further $5.2 million would also be invested to continue the Revitalising National Parks program noting “this is on top of an existing investment of over $45 million in upgrades to National Park infrastructure and an additional $7.5 million boost to park management which has been rolling out over the past three years.”

Minister Enoch said the Queensland Government announced in 2019 that it would transfer up to 20,000 hectares of State Forest in south east Queensland, where logging will cease, to protected area by 2024, and the first 6,000 hectares of this transfer would occur in the current financial year.

“Our Government has expanded Queensland’s protected area system by more than 1.2 million hectares since 2015 and the Strategy and investment we’re announcing today will continue this expansion and establish a pathway for the growth and protection of protected areas over the next 10 years.

“National parks and other protected areas will play a big role in Queensland’s economic recovery.

“They are a vital part of Queensland’s vibrant tourism industry; they support jobs and industries in our regions and provide a connection to nature and culture that is vital to our overall health and wellbeing.

“Queensland’s biodiversity is extraordinary and is linked to a deep cultural history stewarded by two of the oldest living cultures on earth - Aboriginal and Torres Strait Islander peoples.

“Over the next decade, we’ve mapped out several ways we’ll be transforming our protected area system, to ensure that our most important areas are safeguarded.

For more information go to www.qld.gov.au/ProtectedAreas