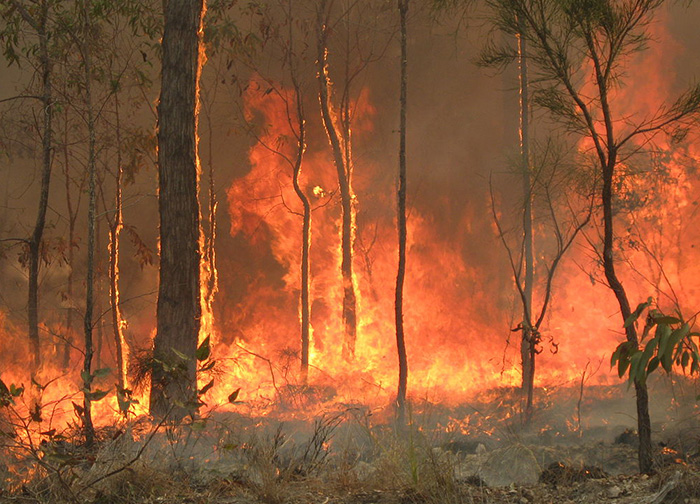 Minister for Environment Leeanne Enoch, who inspected Carnarvon National Park yesterday with Traditional Owners, thanked Queensland Parks and Wildlife Service (QPWS) and emergency services staff and volunteers for their amazing work in combating the fires and protecting Queenslanders and the environment.

“Throughout the cooler months, they conduct regular planned burns to reduce fuel loads and lessen the impact of summer fires.

Minister Enoch said significant environmental damage has been caused by these unprecedented bushfires, which were caused by an extreme weather event, the likes of which Queensland has not experienced before.

“Now that the fires are contained, staff from Queensland Parks and Wildlife Service are out inspecting and assessing the damage that has been caused.

“In Carnarvon National Park, which is still closed to the public, it is estimated that 24,000 hectares has been impacted by the fire.

“A toilet block in a camping area and boardwalk were also lost in the fire.

“There are three uncontained fires currently burning in Carnarvon National Park in inaccessible areas and remote to visitors.”

“Public safety is paramount and 5 National Parks are still closed or partially closed and will be reopened once it is safe to do so.

Minister Enoch said the State Government would now focus on rehabilitation and restoration.

“Some landscapes will recover in both the short and longer-term depending on the type of vegetation that was affected,” she said.

“Eucalypt woodlands and forests in wetter regions will generally recover quickly once sufficient rainfall is received.

“QPWS is still assessing the overall effects of these fires and over the coming weeks and months we will have a better understanding of the true consequences of these fires on native flora and fauna in our parks and forests.”

Members of the public are urged to obey signage, barriers, and directions from rangers while in the National Parks.

For the latest information go to https://parks.des.qld.gov.au/park-alerts/