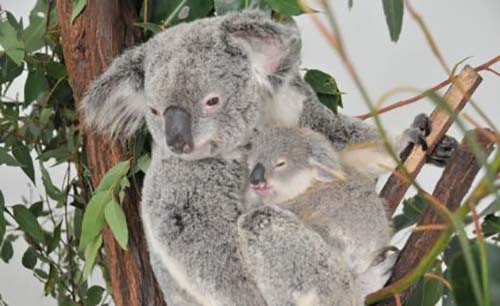 A number of organisations including the Australia Zoo and Sunshine Coast University have received Queensland Government funding towards the conservation of koalas.

Rehabilitated koalas will be fitted with collars, released into the wild and then monitored by Australia Zoo to understand the potential conservation benefits.

Australia Zoo will also conduct a community education and survey to assess community knowledge and attitudes towards koalas with the information used to drive behavioural change among residents to enhance koala survival.

A $98,000 grant under the same state government program will fund a vaccine trial for koalas. The Sunshine Coast University will vaccinate up to 500 koalas presenting to several south east Queensland wildlife hospitals, including Australia Zoo.

Once the vaccine has been administered, the koalas will be returned to the wild and their health and survival monitored to determine the efficacy of the treatment.

Minister Scanlon notes “this is a vital step in our fight against the highly infectious Chlamydia disease which is plaguing our koala population.

“It’s vital we take care of the health of the state’s koalas as their long-term survival is under serious threat.

“Chlamydia can cause infertility which directly reduces reproduction and the future viability of the population.”

Seven organisations have received funding in the latest rounds of the grants program:

•             Australia Zoo Wildlife Warriors Worldwide - $92,650 to assess the conservation benefit of releasing rehabilitated koalas back to the wild.

•             Queensland University of Technology - $94,893 to use drones and fixed camera traps to assess high risk areas for interaction between koalas and domestic and wild dogs.

•             Logan and Albert Rivers Catchment Association - $63,000 to establish how koalas are utilising isolated trees and vegetation stands within agricultural land in road reserves.

•             The University of Queensland - $97,190 to produce a behaviour-based model that will provide mortality risks for koalas in habitats across the Toowoomba region.

The CSA grants were launched in 2016 by the Queensland Government as a means of supporting those members of the community working towards a more sustainable and resilient Queensland.