Koalas to be listed as threatened amid rapid decline 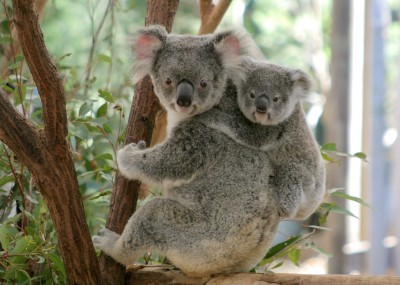 Koalas are expected to be listed as a threatened species across parts of Australia from today, with some environment groups claiming that the Federal Government has excluded the marsupial from protection in certain areas due to mining interests.

Research conducted near Gunnedah, oftern referred to as the 'koala capital of the world', show numbers for the animal there have declined by 75% since 1993, yet koalas in the area are not expected to be granted extra protection.

The Environment Minister, Tony Burke, said his decisions about the animal's status were based on advice from the national Threatened Species Scientific Committee. A decision originally slated for mid-February was deferred until 30th April.

The new ruling is set to be published today but, based on current data, is likely to list koalas in south-east Queensland as 'endangered', and animals east of the Great Dividing Range in NSW as 'vulnerable'.

In practical terms, the listings would mean the Federal Government could potentially impose conditions on plans for new mines, housing developments and logging operations to stop them from interfering with koalas and their habitat.

The national icon is dwindling because of the combined pressures of development in its habitat, drought, climate change and from the disease chlamydia.

Its numbers in Victoria and South Australia are relatively healthy and so the animals are unlikely to attract the protective classifications in those states.

The Australian Koala Foundation (AKF), an advocacy group, told its members last week that the areas where koalas would be not be offered extra environmental protection were "because of coal and coal seam gas interests".

AKF Chief Executive, Deborah Tabart, said she had no evidence that mining and logging interests had influenced the government's decision-making process but areas containing many new or planned mines and gasfields coincided with areas where it was thought koalas would not be protected.

Tabart told the Sydney Morning Herald last week "they're going to protect populations that are nearly extinct, and they'll say 'let's evaluate the others for a few more years', and meanwhile those industries will just continue on there with business as usual."

Minister Burke said he had relied on advice from the Threatened Species Scientific Committee to define the precise boundaries between zones where koala numbers were stable, and areas where they were in decline, stating "I've heard very clearly from the community that people want to make sure that we protect the koala, one of Australia's most iconic species.

"We know that koalas are under pressure in some parts of Australia while they are abundant in others. But I can't provide a blanket threatened species listing across Australia when there are many places where koala numbers remain high."

The study of Gunnedah koala numbers, produced by the ecological consultant David Paull, found a sharp decline across a large area of bushland. Evidence for koalas was sought in 45 locations through the district, and the 75% decline was based on surveys in 1993 and 1994 that led to one estimate of 15,000 animals in the area. There are now apparently between 500 and 2000 left, and rising temperatures has forced koalas to retreat to areas near creeks.