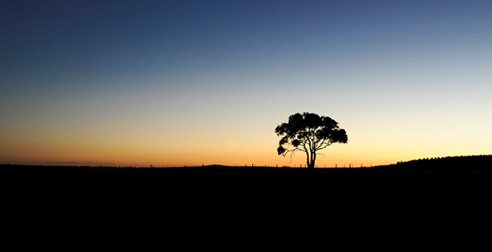 Marking the third anniversary of the commencement of the NSW native vegetation laws, a new report from Environmental Defenders Office (EDO) identifies 10 areas of regulatory failure and confirms the law has facilitated a skyrocketing return to broadscale land clearing in NSW – threatening the koala with extinction due to permitted destruction of habitat.

The report from the EDO - the largest environmental legal centre in the Australia-Pacific, dedicated to protecting our climate, communities and shared environment - provides reform solutions for a more balanced legal framework to ensure healthy, resilient and productive landscapes.

On 25 August 2017, a new legal framework for regulating land clearing and impacts on biodiversity commenced in NSW. The framework featured a strong emphasis on deregulation, particularly for land clearing in rural areas. Previous laws that prevented broadscale land clearing unless it was shown to maintain or improve environmental outcomes were repealed in favour of expanded self-assessable codes and a more flexible biodiversity offsets scheme.

EDO Director of Policy and Law Reform, Rachel Walmsley questions whether the new regime met its stated aim of arresting the long-term decline of biodiversity and concluded “the evidence clearly says no.”

The NSW Audit Office, the Natural Resources Commission and the official vegetation clearing figures published by the NSW Government all confirm a regulatory failure to achieve environmental outcomes.

Walmsley advises “under this law, the balance has tipped significantly against ecologically sustainable development, with a return to broadscale land clearing in NSW.

“In addition to the detrimental impacts of land clearing on soils, salinity and climate, the permitted destruction of habitat has increased so much that now even our iconic koalas are threatened with extinction.”

This report identifies 10 areas of regulatory failure and sets out 27 recommendations for law reform.

Walmsley notes “In seeking the support of Parliament to pass the new law, the Government undertook to conduct a review within three years of implementation. The Government must ensure that a review of the entire Framework is undertaken as a matter of urgency and that the findings of that review be made public as expediently as possible.

“After a three-year experiment in deregulation, it is time to restore the balance to NSW native vegetation laws to ensure healthy, productive and resilient landscapes for generations to come.”