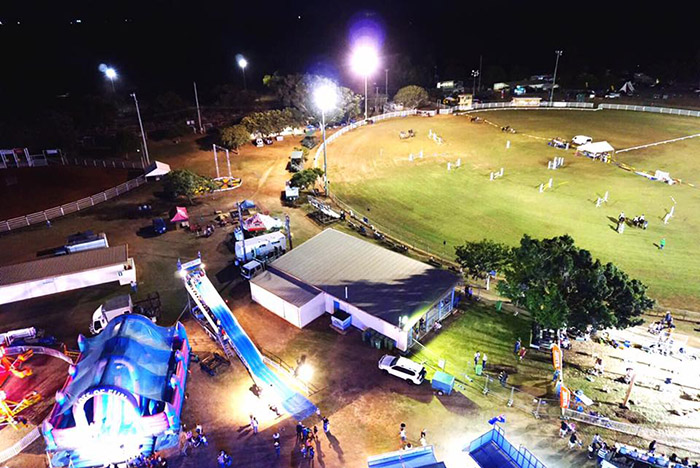 As part of its Year of Outback Tourism celebrations, the Queensland Government has announced the implementation plan for its $1 million revitalisation project for Clermont Showgrounds and Saleyards precinct.

Delivering on a 2017 election commitment, the plan will be rolled out in two phases, with funded works to be undertaken by Isaac Regional Council and completed by the end of 2019.

The initial phase will take place in the first half of 2019, focusing on urgent electrical, water and IT upgrades, while further site improvements will be made in the second half of the year, guided by a 20-year masterplan currently being developed.

In Clermont last week, Queensland acting Premier and Minister for State Development, Manufacturing, Infrastructure and Planning Cameron Dick said maintaining the precinct was vital to ensure the district’s big industries and events kept on booming for years to come, stating "these two sites are so important to the Isaac region - both for the commercial activities they support and the memories they create for the community.

“Clermont Show is one of Queensland’s oldest and most beloved regional events, last year celebrating its 150th anniversary, and the saleyards remain a significant trucking cattle centre for our state.

“We want to see another 150 years of memories made in Clermont, and as we celebrate the Year of Outback Tourism in 2019 we’ll keep promoting the best of the bush right across Queensland.”

“Our colourful and historic town of Clermont is home to one of Queensland’s oldest regional agricultural shows, and we have a $212 million beef industry. We’re eager to future-proof our events and continue supporting our great beef industry.”

Minister Dick said the first phase of project delivery will increase the sustainability and versatility of the precinct, to attract a wider range of activities on site, while the masterplan gives long-term security to both the showgrounds and saleyards.

He added “beef and agriculture are the economic lifeblood of this region, and our government is proud to support Isaac Regional Council in making sure these facilities are top grade and able to meet the needs of these industries for years to come.”

The $1 million funding commitment has been allocated through the Queensland Government’s $150 million Jobs and Regional Growth Fund.

Isaac Regional Council has also received $230,000 through the 2017-19 Works for Queensland program to replace the announcer’s box and grandstand ahead of this year’s Clermont Show.