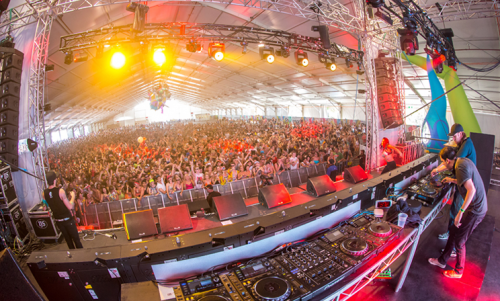 Management at the Brisbane Showgrounds have announced that construction of the new 2,250 metre² marquee in its Sideshow Alley has been completed, with the space adding to the existing 5,500 metre² marquee which is most well-known as the Royal Queensland Show’s (Ekka) showbag pavilion.

Marquee 2, the event precinct’s second marquee, can cater for festivals and exhibitions of up to 3,000 people and adds to the many event spaces at the Showgrounds.

Speaking on the final day of the Asia-Pacific Incentives and Meetings Expo (AIME), the Brisbane Showgrounds General Manager of Venue Sales and Marketing Jago Coyle said with 25 event spaces, including the world-class Royal International Convention Centre (Royal ICC), the precinct is looking forward to a busy year.

Coyle stated “the Royal ICC is our most popular event space, hosting an increase in events year on year since opening in 2013. In 2017, almost 190 events were held in our world-class convention centre alone