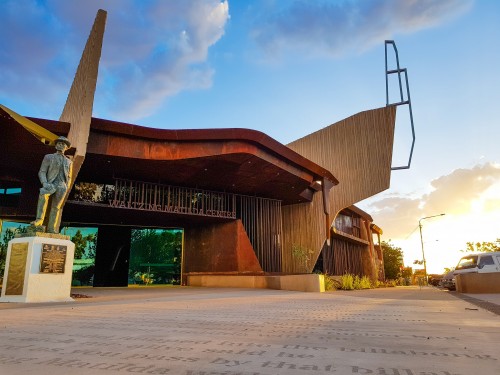 The rise of the outback Queensland town of Winton as a premium tourism destination is set to be underlined with the reopening of the Waltzing Matilda Centre.

Rebuilt after being burnt to the ground three years ago, the new eye-catching building is expected to attract new visitors to the town, located 850 kilmometres west of Rockhampton

The original centre was built in 1998 after the centenary celebrations for AB 'Banjo' Paterson's 1895 song, and housed Australian memorabilia and interactive displays.

But in June 2015, an electrical fault in a storeroom led to the centre being destroyed and Winton residents waking up to its smoking remains.

Looking forward to the potential of the new building, Winton Shire Council Mayor Gavin Baskett advised "it's going to be a great boost to the community having this many people in town at the start of the tourist season - hopefully that'll kick start a great year for us."

The $22 million project was led by Brisbane's Cox Architects, who were also involved in the design of Winton's Age of Dinosaurs Museum. 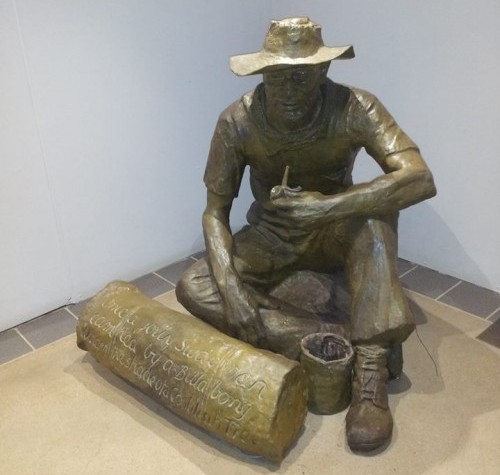 Waltzing Matilda Centre Manager Cameron Mace said 'Banjo' Paterson's bush ballad was the unofficial anthem for the country and the Centre had to reflect this.

He advised "bush poetry in Australia, particularly in the west, has got a long way to go yet, but it's still very popular and it's part of who we are.

"The centre is a robust and expressive facility, capturing the distinct nature of the landscape and people that inhabit this great land through its experiential design."

Outback Queensland spokesman Peter Homan said the new Centre, along with the the Australian Age of Dinosaurs and the Winton Film Festival, is revitalising the region.

Homan advised “they've been really proactive about attracting a totally different market, which we will all benefit from down the track.”

For more information go to www.matildacentre.com.au