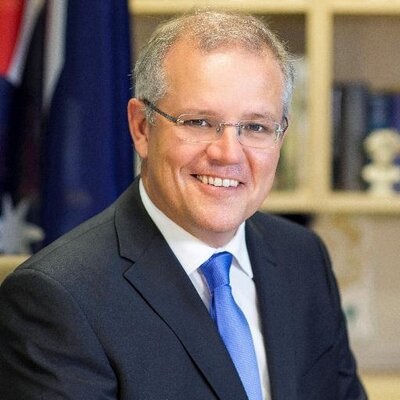 Australian Prime Minister Scott Morrison has voiced his backing for plans for South East Queensland to host the 2032 Olympics, saying it had the potential to be even better than the Sydney Olympics.

He reportedly told the IOC President that "Queenslanders will always want to outdo NSW" by putting on an even better Games than Sydney in 2000.

Primer Morrison met with an "impressed" President Bach, saying the Federal Government had committed to the Games bid financially.

The push to host the 2032 Games being made by a group of south east Queensland mayors, including Brisbane's, which believes hosting the event is feasible given much of the required infrastructure already exists from last year's Gold Coast Commonwealth Games.

The cost of hosting the Olympics and Paralympics has been estimated at $900 million, not including upgrades to transport.

Australian Olympic Committee President John Coates welcomed Prime Minister Morrison's "very clear" enthusiasm, advising “the Prime Minister made it very clear that he was enthused by what he heard at the meeting and that the federal government was ready to move forward.”

Coates advised that recent IOC changes allow a region or group of cities to host the Games and could potentially see Townsville and Cairns also hosting Olympic events.

The Australian bid looks to be competing to host the Games against both North and South Korea, Indonesia and Germany.

If it wins the bid it would be the third Australian city to host the Olympics after Melbourne in 1956 and Sydney in 2000.