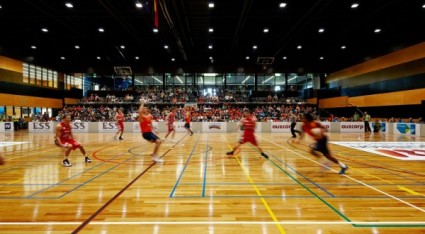 Port Hedland Council has endorsed a number of key designs that will see the updating of its Hedland Recreation Hubs' sporting and recreational amenities move to the next stage - including a new sports pavilion, new sports courts and expansion and refurbishment of the existing stadium at the South Hedland Integrated Sports Hub

Council has endorsed the proposed schematic design for stage 1 of the Port Hedland Sports and Community Hub Masterplan (PHSCH), approving the design to proceed to the detailed design stage. Council also endorsed the concept designs for the new sports pavilion, concept layout for the stadium expansion and refurbishment and landscape masterplan for the South Hedland Integrated Sports Hub (SHISH) along with the stage 1 external concept design for the JD Hardie Youth and Community Hub (JDHYCH).

The PHSCH will replace the existing Turf Club with a modern, multi-functional facility, catering for up to 200 people, and will also serve as a community welfare emergency. An increase in shaded areas and additional earthworks have increased the total project cost to $14.6 million.

SHISH’s design includes a new sports pavilion, a kitchen and function space/club room, the expansion and refurbishment of the existing stadium, new sports courts and significant upgrades to the exterior landscape.

“Council’s endorsements pave the wave for detailed designs to commence for PHSCH and SHISH, with groundworks set to start next year.

“The Turf Club will be replaced with a modern, multi-functional facility, creating a hub of communal activity with space that local community groups can hire.

“Wanangkura Stadium is a highly valued facility, however a lack of space is an issue. The SHISH upgrades include the construction of more sports courts, bigger gym space and more change rooms.

Riebeling added “local contractors MJW Building have been upgrading the JDHYCH site in recent months through roofing and HVAC replacement, as well as structural modifications. Council’s endorsement paves the way for the next stage of works to move forward.

“It’s important we plan for projected population increases by prioritising the delivery of the Hedland Recreation Hubs, which will provide locals with a new standard of sports and recreation.

“I’d like to thank local contractors, community groups and residents for working with us to ensure these projects are delivered for Hedland’s future.”