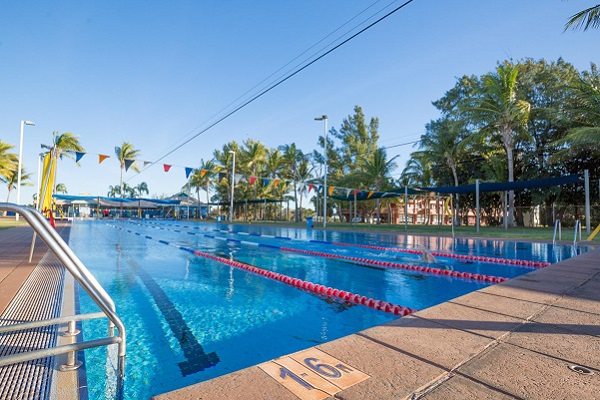 The Town of Port Hedland has advised that significant upgrades to the Gratwick Aquatic Centre (GAC) have extended the facility’s useful lifespan by 10 years, delivering on the community’s desire to keep the facility.

Designed and constructed in the late 1960s, with recognised local government asset management principles determining it to be at the end of its useful life, significant upgrades in recent years and executive leadership’s commitment to modernise the facility have secured the pool’s future.

Explaining that critical underinvestment in previous years had led to the recent filtration and infrastructural issues, Town of Port Hedland Chief Executive, David Pentz advised “decades of chronic underinvestment and a lack of budgetary allocation to maintain the Gratwick Aquatic Centre led to catastrophic filtration system failure in 2018.

“Previous decision makers did not prioritise infrastructure investment, which increased the likelihood of problems arising later down the track.

“Despite recent media reports, there was no delay in advising Council of filter availability in September 2018. An absolute majority of Elected Members agreed to the cost of replacing the filters in October 2018, which required them to be made to order specifically for the Gratwick Aquatic Centre.

“I acknowledge the cost of the works were revised up in October 2018, however unexpected costs may arise when upgrading a 60 year old facility at the end of its useable lifespan.

“The installation process was further delayed due to Cyclone Veronica, as well as the decision to include additional works to improve the facility’s quality.

“Safety has always been the Town’s first priority, which is why we closed the facility in November when we were provided with a false positive reading for Naegleria fowleri. Despite no risk to public health and safety, I stand by the decision to close the facility as a precautionary measure in line with (Western Australian) Department of Health guidelines.

“It’s been a long road for the facility, however the hard work of contractors and Town staff mean the pool is now open to the public to enjoy.”

Image courtesy of the Town of Port Hedland.