Politicians pledge funds but are they serious about water safety? 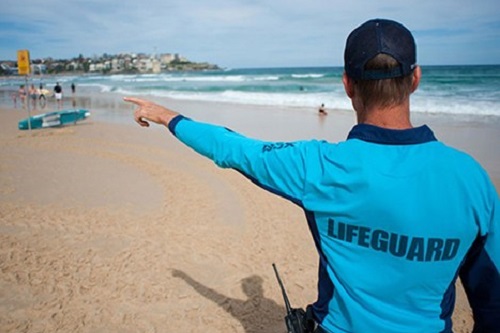 In the run up to the Federal and NSW elections, with politicians making pledges to a range of water safety and education initiatives, the Australian Professional Ocean Lifeguard Association Inc (APOLA) has questioned whether governments are really listening to the experts and practitioners at the front line of water safety?

While describing the "huge sums of money" directed towards Surf Life Saving as being "laudable",

APOLA National President Greg Hackfarth’s letters say that "most of this funding is used for administration, mass media education programs and equipment such as IRBs (inflatable rescue boats) and drones, as well as risk assessment and subsequent reports."

Hackfarth goes on to state "Surf Life Saving is a great organisation", highlighting that he was once a 'clubbie', adding "I see the good that the volunteers do, however, let’s get something very clear. Volunteer Surf Life Savers do patrols at beaches for only 30-weekends per year and (on) nine public holidays.

"The risk assessments, reports and media water safety campaigns are just passive actions, they don’t directly save any lives as people can choose whether or not to watch a surf safety video or read a pamphlet, and I’ve yet to see a sign run into the water and rescue someone."

Hackfarth goes on to highlight the role of professional lifeguards "who patrol our beaches for the majority of the time ... Monday to Friday, or Monday to Sunday (with) some lifeguard services running all-year for 365 days, some for seven months and some for only a peak summer holiday period."

"Local government will never afford to do all this on their own, they need help (and) a more realistic model that needs to be implemented should be a combination of the following with a new fund being made available direct to local government to address the summer black spots and needs created annually with tourists flocking to beaches.

"Such funding will allow local government to be more strategic with the placement of additional lifeguards during peak demand periods, and particularly so in regional areas during the December-January peak."

APOLA suggest that key areas for state and federal government attention should be:

1. Professional Lifeguards - provide specific funding to Local Government so as they can place additional resources (lifeguards) on or near-by known blackspots for immediate response
2. Education - pamphlets, media, schools (combination of in-school and practical on-the-beach)
3. Signage - AUS/NZ standard using international symbols
4. Reports/Risk Assessments - use as a tool to identify areas that may need the presence of lifeguards at peak times
5. Volunteers - support the volunteer movement, especially in regional areas (if sufficient funding were provided to Local Government this could assist small surf clubs
6. Swimming lessons - every child from year one through to year 8 should have access to free swimming lessons.

Hackfarth adds "I have worked as a professional lifeguard for close to three decades and my highly skilled team and I have had a very tough summer (doing) what we can with limited resources.

"Others who work across the industry agree that there is an obvious need for more direct on-beach supervision by lifeguards because there is no doubt that on-beach lifeguards are the most effective strategy for saving lives."

Correction. An earlier version of this article attributed Greg Hackfath's comments and statements made in his letters to Ministers to APOLA National Secretary and Treasurer, John Andrews. This was incorrect and has been changed accordingly.