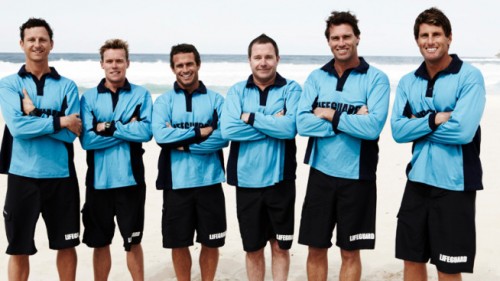 Australian reality TV show Bondi Rescue performs a valuable educational role in teaching people around the world about the dangers of rip currents and the importance of swimming between the flags, a global survey of viewers by UNSW scientists indicates.

The popular series follows Waverley Council lifeguards at Bondi Beach in Sydney as they perform about surf rescues and deal with other problems including shark scares, lost children, bluebottle stings, drunk beach-goers and thieves.

Since it was first broadcast in 2006, the award-winning program has been watched by millions of people worldwide, many of whom are poor swimmers.

UNSW Associate Professor Rob Brander comments “it is difficult to engage large numbers of the general public in any sort of formal beach safety campaign, and awareness of surf hazards remains poor.

"Many beachgoers still choose not to obey key safety messages, such as swim between the flags.

"The filming of Bondi Rescue on a famous Sydney beach provided us with a unique opportunity to find out whether a popular factual TV show could have a beneficial impact on people's behaviour and knowledge about the dangers of surf beaches.”

The survey was carried out by UNSW Science research student Nicky Warton under the supervision of Associate Professor Brander, of the UNSW School of Biological, Earth and Environmental Sciences, who is a renowned expert on rip currents and beach safety in Australia.

Responses were received from people in 51 countries, with more than 60% of those who filled in the survey living overseas.

Associate Professor Brander adds “many people were also in the at-risk group for drowning in the surf because they said they were poor swimmers or rarely go to the beach.

"This factual TV program may provide the only beach safety education they get. Our results show it is an effective, large-scale educational tool. It has improved knowledge and behaviour and, in terms of its reach, dwarfs programs like signs, brochures and posters about rips and flags.

"However we also recommend it include more frequent dedicated information about beach safety and rip identification."

Warton also analysed the content of seasons one to eight of Bondi Rescue, and found the majority of rip rescues occurred on fine, sunny days with small waves, stating “males were rescued almost twice as often as females and more tourists - mostly from Asia and Europe - were rescued than Australians.”

• 37% of respondents came from Australia, with 35% from UK and Ireland, 14% from Europe and 10% from North America.
• 43% said they did not know, or were not sure, what a rip current was before watching the show, but 94% knew what they are after viewing the program
• When shown a picture of a beach, 93% chose the area between the flags as the safest place to swim
• More than 80% of viewers think Bondi Rescue significantly improved their knowledge and awareness of beach safety
• 17% felt they had used skills or techniques learnt from the show to assist people in real life emergency situations, mainly by giving advice or using a flotation device

The survey was conducted online via the Bondi Rescue Facebook page with 1852 contributing.

In 2015/2016, 130 coastal drownings occurred and more than 13000 rescues were performed on Australian beaches, according to Surf Life Saving Australia.

Rip currents are responsible for 19 deaths on average each year and about 90% of the beach rescues made by lifeguards.

Images: Bondi Rescue lifeguards (top - image courtesy of Channel 10) and dye used to show a rip at Bondi Beach (below).