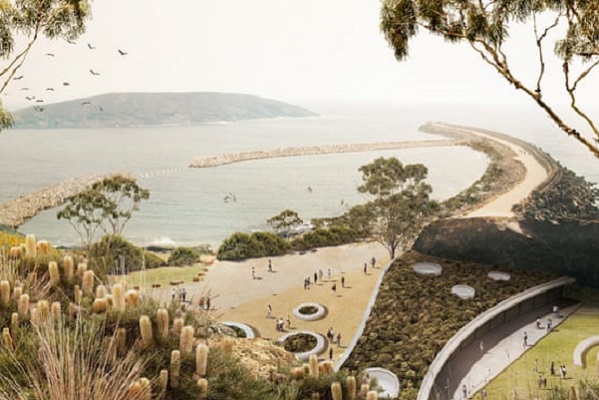 Animal rights activists and Coffs Harbour’s Dolphin Marine Conservation Park have reportedly set aside their differing views on the keeping of cetaceans in captivity to advance plans for an innovative sea sanctuary.

First proposed in 2018, the Coffs Harbour attraction has begun to collaborate with Action for Dolphins and World Animal Protection to build a new sea sanctuary for its three captive-bred dolphins.

With Conservation Park closed during the Coronavirus shutdown, its owners and the animal rights advocates have proposed relocating the dolphins from their concrete pools into a semi-open sea enclosure adjacent to the Coffs Harbour marina.

However, Terry Goodall who joined the Conservation Park as Managing Director in 2018, has engaged with Action for Dolphins to find a contemporary solution that the two groups both agree will be for the “wellbeing of the dolphins.”

Goodall told Guardian Australia that initially it was like “polar opposites working together”, noting “they were our nemeses in the past.

“Now we are holding hands and walking down the road together, trying to solve the problem. Its just a complete and utter turnaround. We don’t agree on everything, but we agree on the wellbeing of the dolphins.”

The Conservation Park is currently home to three bottlenose dolphins: Zippy, aged 32; Bella, 15 and Jet, 11 and has been hit hard by closures enforced by COVID-19 restrictions.

After becoming manager of the park in August 2018, Goodall said he spoke to Jordan Sosnowski, Advocacy Director of Action for Dolphins, who proposed the idea of the open sea enclosure.

The enclosure would give the dolphins 10 times the space they currently have, and visitors would be able to see them in the marina.

Sosnowski advised that as the Conservation Park’s dolphins had been raised in captivity they could not be safely released into the wild because they didn’t have the necessary skills needed to survive.

Sosnowski explained “a sea sanctuary is a humane compromise which will allow the animals to live in the ocean and have a lot more autonomy, whilst still ensuring they are looked after and fed by caregivers.”

Together, the groups have been approaching Federal and state governments for funding - likely to be in the region of $9 to $10 million to build the breakwalls and nets - and promoting the benefits of the idea.

Sosnowsk said that as well as being a tourist attraction, the enclosure could act as a ‘halfway house’ for the rehabilitation of stranded wild dolphins or whales, adding “this little park generates something like $15 million a year into the local economy.

“A sea sanctuary like this one has huge potential for the city of Coffs Harbour, providing much-needed jobs in the aftermath of the pandemic, boosting tourism and most importantly, providing a better life for the dolphins.”

Public sentiment in recent years in Australia has moved to the extent that the only other dolphin facility in the country is Sea World on the Gold Coast.

If the Dolphin Marine Conservation Park closed then there would be no other nearby rehabilitation centre. The new sea sanctuary could allow the Park to remain open in a way that activists are comfortable with, and still carry out the important work it does in caring for injured sea animals.

A new open water beluga whale sanctuary has been built in Iceland with the support of Merlin Entertainments and the SEA LIFE Trust.

Meanwhile, Goodall says the dolphins have been missing their human visitors during the Coronavirus shutdown, concluding “they do like human interaction.

“Far be it for me to more anthropomorphic about this, but you can see it. They swim around looking out of the pool all the time. They have balls they play with - they throw them out, expecting people to throw them back in. They end up playing ball with themselves.”