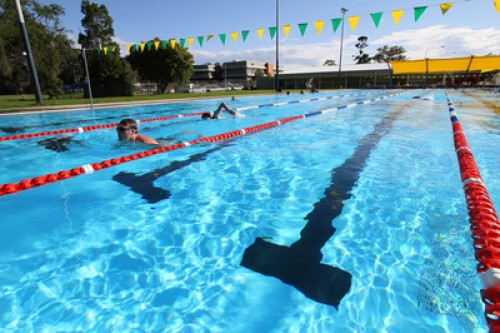 Almost three years after Coffs Harbour City Council controversially decided to award the tender to manage three public pools to contractor Lane 4 Aquatics, the Council has rejected a request by the contractor to provide financial assistance of approximately $300,000 per annum above the agreed price to continue operate the facilities.

While, at the time of the award of the contract, the Council advised that the new contractor would provide comparative savings of more than $4 million over the duration of the leases, documents presented to a full Council meeting last Thursday advised that it received a request on 10th February 2020 from Lane 4 Pty Ltd, the sub-lessee for each of Coffs Harbour War Memorial Olympic Pool, Sawtell Swimming Pool and Woolgoolga Swimming Pool for financial assistance to continue to meet their obligations to operate and manage the public swimming pools for the community.

The request was submitted prior to the current Coronavirus pandemic and six weeks prior to the Federal Government introducing restrictions affecting the operation of public swimming pools as of 26th March 2020.

The report to Council advised “there are a number of initiatives which were outlined within the tender response from Lane 4 Pty Ltd which have not been undertaken since the commencement of the agreement which could be considered to assist in revenue generating activities in the operation of the public swimming pools.”

With Council officers recommending that the request not be approved, The Motion to decline the request was carried unanimously by Councillors.

In 2017, the Council undertook a public tender process for operational management of each of the pools by way of sub-leases, which was awarded to Lane 4 Pty Ltd, which is now owned by Bluefit, for the three swimming pools.

The Council report on the funding request advised “the value added services outlined within the tender submission to enhance income streams included a number of different additions to the offering, particularly at the Coffs Harbour War Memorial Olympic Pool including a multi-function space to house the ‘4 Health and Wellbeing’ studio; fit-out of the ‘4 Health and Wellbeing’ studio; refurbishment of current fitness room to include offices, training rooms and child minding; and fit out of a new Red Poppy Coffee Café.

“Whilst the installation of a refurbished work-out gym area has now been completed, there is no evidence of other value added services having been implemented.”

The Council officers’ report also suggested that if the funding is not approved it may have to face Lane 4 Pty Ltd terminating the contract and sub-lease.

“A further report will be provided to Council if required.”

In its risk analysis relating to Councillors’ decision, the report adds “the selection of Lane 4 Pty Ltd as successful tenderer for the sub-lease of each of the three public swimming pools drew significant community attention at the time (1997). To support the allocation of additional funding would possibly provoke an adverse community reaction.”