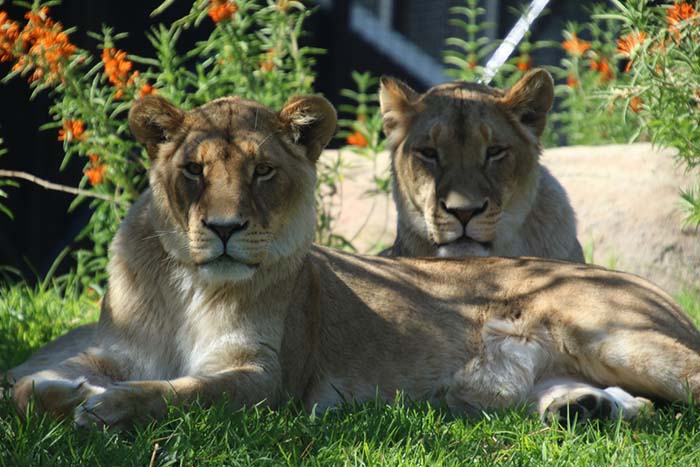 Western Australia is making a difference to global lion conservation through its introduction  of two new African Lions.

Sisters ‘Uzuri’ and ‘Makeba’ were born at Taronga Western Plains Zoo and will become the new breeding females for Perth Zoo’s lion breeding program. Uzuri is Swahili for beautiful and Makeba means greatness in Ethiopia.

The newly arrived three-year-olds are closely bonded and will live close to the zoo’s 19-year-old lioness ‘Shinyanga’, who occupies a separate territory completed in the first stage of the lion exhibit upgrade last year. In the future, that exhibit will be used to also house male lions imported from North America.

For zoo visitors, it will mean being part of the creation of a new pride from its very earliest stages.

Uzuri and Makeba will now settle into the $3.4 million, world-class facility which has been optimised for breeding with special dens, holding areas and the capacity to hold four adult lions and four cubs.

Managed breeding is critical for this species which has already gone extinct from 26 African countries. There are as few as 20,000 lions left in the wild.

Dawson commented that “breeding for conservation is a game of patience. Zoo staff will work with their global zoo colleagues to transfer breeding males to Perth Zoo in the future to establish a new pride with the best genes from two hemispheres.

“One of Perth Zoo’s fundamental goals is to engage the public and inspire them to act for wildlife conservation. Nothing engages quite like new cubs. We have some very exciting years ahead of us.

“Our zoo visitors will be able to learn about the challenges lions face in the wild and how to be a part of protecting these amazing animals. The work being done in Western Australia will contribute to safeguarding genetic diversity and help provide a safety-net against total species extinction in the future.”

Image of Uzuri and Makeba