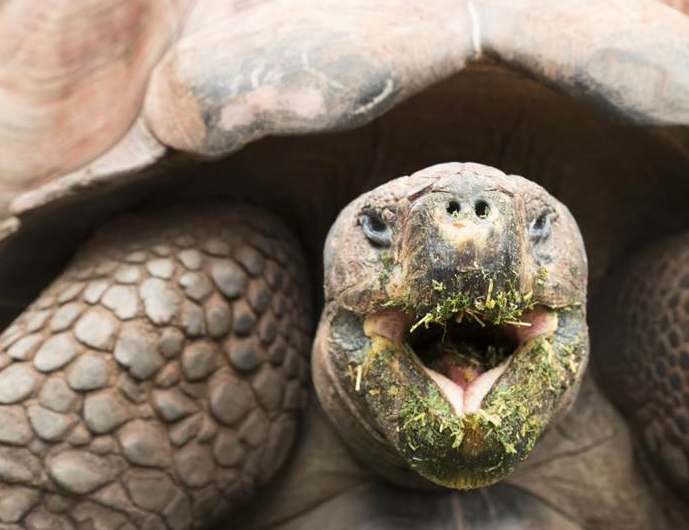 A Galapagos tortoise at Perth Zoo has celebrated his 50th birthday.

To mark the occasion on Monday, the tortoise, named Cerro, was treated to a special birthday cake made from some of his favorite fruits, such as watermelon, strawberries, kiwifruit and pumpkin.

At more than 200 kilograms, Cerro is not old in Galapagos tortoise terms, with the oldest member of his species thought to be around 175 years old.

While Cerro’s birthday was a celebration, the Zoo explained that there are just 20,000 Galapagos tortoises left in the wild with the species is currently threatened by rats, dogs and cats, making them vulnerable to extinction.

Galapagos tortoises are the largest tortoises in the world and can live past 100 years old.

Perth Zoo keeper Emily Trainer told the ABC “these tortoises don't have a good sense of smell, so they use their eyes to find food.

"Anything red really gets Cerro's attention; he loves any brightly coloured foods."

Trainer said Cerro was the less dominant of the zoo's two Galapagos tortoises, adding “except when there is food around - then he gets a bit of speed up to make sure he eats first.

"When not spending his time eating, he enjoys a dip in his pond, a play in his mud wallow and he is also very smart, so we do training sessions with him as well."

Cerro was originally born at San Diego Zoo in the USA and arrived in Perth with his younger brother Sierra in 2005.