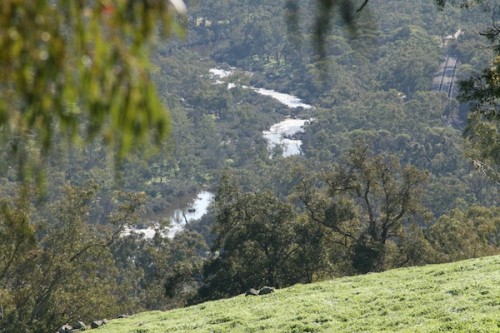 The Western Australian Government has chosen a 700 hectare site of bushland and partially cleared farming land in the Perth Hills as the site for a new open range zoo.

The new open range site will operate as an extension of the Perth Zoo, complementing its breeding program for endangered species and extending education and conservation programs.

The site is adjacent to the Moondyne Country Convention Centre, in the Avon Valley National Park near Chittering.

Announcing the development before Christmas, Western Australian Premier Colin Barnett said the site was chosen ahead of a number of other options, including Whiteman Park, stating "I must say when I came to this site two years ago, I thought we don't have to look any further. This is truly a unique location.”

The northern section of the site has rolling hills that fall away to a valley filled with rapids while the southern side is undulating farmland where the larger animals can roam.

But the cost of the new zoo and its completion date remain unclear.

The Western Australian Government has given a timeframe of five to 10 years, and a price tag of $50 million to $100 million dollars, but with the scoping and detailed planning work yet to begin, Western Australian Environment Minister Albert Jacob acknowledges the numbers are approximate.

Minister Jacob said the zoo would be opened progressively, adding "having a 700 hectare site 70 kilometres from the Perth CBD, nested within a National Park is about having a long-term vision that allows us to progressively develop this site over the next 100 years and more."

A scoping study to assess the work required to create the zoo is now underway.

Images: The Avon Valley National Park (top) and African animals will be among the exhibits at the new open range zoo (below).