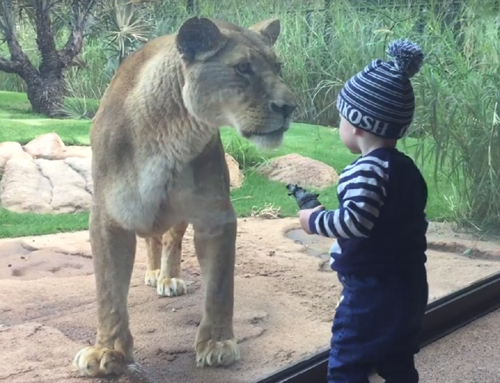 Perth Zoo's only remaining African lion, 18-year-old female Shinyanga, has been given a new enclosure as part of a $3.3 million upgrade to the African Lion exhibit.

Amid growing pressure on wild lion populations around the world, the Zoo's new $3.3 million African Lion exhibit includes Shinyanga's new home and a viewing area, where visitors can learn about the growing threats lions are facing in the wild.

More than doubling the size of the Zoo's previous lion exhibit, the new area features a thatched hut with native African plantings, large viewing windows and moulds of lion paw prints so visitors can appreciate the sheer size of the cats. Information about research taking place to protect the species in the wild is also on display.

The second stage of the exhibit will commence construction shortly and be complete in mid-2018.

When fully constructed, the African Lion exhibit will include a breeding area with indoor dens and a separate outdoor area where a breeding lioness can have privacy with her cubs, and still feel close to the pride.

Opening the new area, Western Australian Environment Minister Stephen Dawson stated “this new lion exhibit will provide visitors to the zoo with better opportunities to see and learn more about these majestic cats and allow Perth Zoo to bring in a new pride of lions to play a bigger role in regional and global breeding programs into the future.

"This is one of many new attractions being developed through the Department of Biodiversity, Conservation and Attractions, all of which have the potential to increase tourism and create jobs.

"This new exhibit also allows visitors to Perth Zoo to learn about lion conservation and discover how everyone can be a part of protecting these amazing animals."

"We're hoping that this new lion enclosure will be a major new attraction and hopefully will lift our visitor numbers to Perth Zoo."