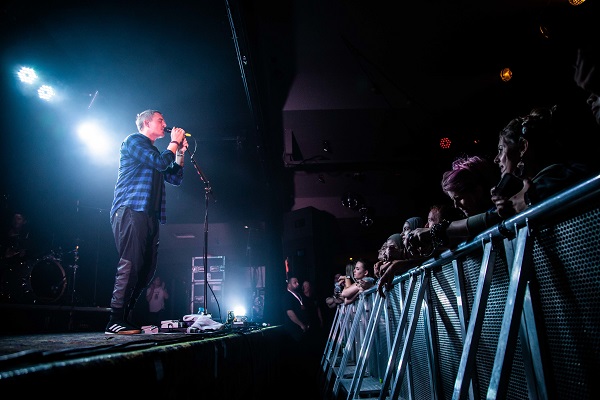 Oztix has announced the continuation of its foundation partnership with Melbourne music venue, The Croxton Bandroom, with the venue citing Oztix’s marketing and technology offerings, as well as its customer base, as reasons behind its decision to relaunch.

Located in Thornbury, The Croxton Park Hotel is an old school pub with a remarkable music heritage. As one of Melbourne’s most popular music venues of the seventies and eighties, 'The Croc' hosted the likes of ACDC, Skyhooks, Rose Tattoo, INXS, Men at Work and Midnight Oil.

The venue is once again flourishing. In 2015, it was renovated by new operators Simone Ubaldi and Andrew Parisi, in collaboration with the ALH Group. The Melbourne music scene was impressed with the re-launch of the bandroom with its fresh look, production and 14-metre-wide stage with uninterrupted views. Early performances by the likes of King Gizzard and the Lizard Wizard, Sleater Kinney, Eagles of Death Metal, The Drones and You Am I helped The Croxton Bandroom become one of Melbourne’s premier entertainment spaces.

Ubaldi advises “when we first launched in 2015 there were plenty of people in the industry who told us it wouldn't work, but Oztix was one of our early champions and we have benefitted hugely from the partnership.

“Oztix has a long history in the Australian music industry, they are well-connected, well-trusted and the partnership gave agents and promoters confidence. Their team was incredibly supportive in helping us to get set up, establish the brand and start building audiences. There were no stupid questions, no favours too big or small, and they were always fast to respond. And as we started to gain traction and get some wins on the board, it was Oztix’s data and reporting that helped us to translate that success for agents and promoters.

“Our audiences have doubled every year for the last four years, we're no longer just one of the mid-sized venues in Melbourne - we're confident we're one of the best. We look forward to our continued growth with the help of Oztix's ever-evolving data marketing technology. We've got awesome gigs coming up and Oztix to help spread the word, and we couldn't be happier.”

Brian Chladil, Director and Co-founder of Oztix, said of the renewal, “we are so happy to congratulate The Croxton on four massive years and to re-sign them to another extended term. The Croxton is in the top echelon of premier independent venues nationally, proudly ticketed by Oztix.

“Oztix empowers our partners to grow with significant marketing support and powerful insights into customer data, and The Croxton is another top example of how we deliver on this. Technology is a big part of it, but just like Oztix, Simone and Andrew are fiercely independent operators who put their community of artists and patrons first.

“It’s a shared long-term view – it’s people, not a quick buck, that is the measure of success.”

The Croxton Bandroom is one of many notable entertainment venues re-signed by Oztix this year, including the Museum of Contemporary Art (Sydney), The Manning Bar (Sydney), The Cambridge Hotel (Newcastle), The Rosemount Hotel (Perth) and Solbar (Maroochydore).