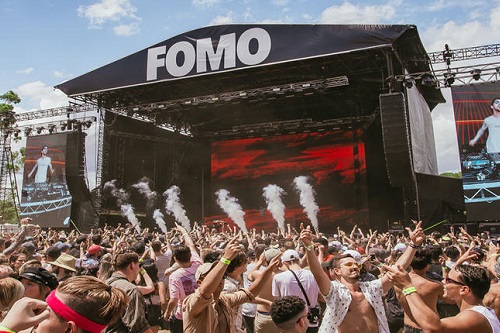 The NSW Government’s announcement that its new licensing scheme for music festivals, which will start from 1st March, will only apply to 14 specified “higher risk” festivals has been slammed by industry and music bodies.

Announced today, the NSW Government defines the “higher risk” festivals as those “where a serious drug related illness or death has occurred in the past three years or where the Independent Liquor & Gaming Authority has determined, having regard to expert advice from NSW Health and NSW Police, that there may be a significant risk of serious drug related illness or death.”

The industry groups advise that festival organisers were alerted by SMS last night just before announcing the news via a late-night press release.

In a joint statement, the groups advised that “despite numerous attempts to engage the (NSW) Government on these issues, our offer to sit down and work through sensible steps to improve safety has fallen on deaf ears.

“Instead, the Berejiklian Government has adopted a chaotic policy on the run approach to the issue of festival safety.

“The the (NSW) Government’s consultation process on this issue has been a farce - and it reached new heights last night when industry bodies received a copy of the Minister’s embargoed media release and the still incomplete regulations proposal after 10pm.

“Risk assessment guidelines and reference documents have still not been made available.

“The process has lacked integrity and transparency - and there are just as many questions left unanswered by the government's latest announcement. 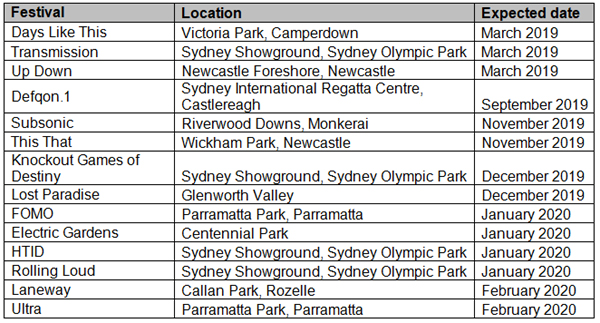 “Organisers of festivals which have been named in the ‘high risk’ category were getting SMS messages and phone calls from late yesterday evening to let them know they were being subjected to these new regulations.

“The (NSW) Government has named 14 festival organisers, some of whom haven’t been given the courtesy of a discussion about concerns with their events prior to this announcement.

“These festivals haven’t seen the guidelines under which they have been assessed, nor given a right of reply.

"There remains confusion that these festivals shouldn’t even be in the high-risk category. A stand out example is Laneway Festival which does not meet the (NSW) Government’s stated high-risk criteria.

“It’s also not clear how new festivals will be assessed, what discretionary powers will be available and what risk assessment criteria will be applied.

“As it stands, any festival can be added to the high-risk category at any time

“It exposes this whole process as a media stunt by the Premier without any genuine commitment to working with us on festival safety issues.

“We can’t have any confidence in a government which issues new policy announcements to the media first and by SMS – it’s an insult to the professionalism of our industry and the commitment of festival organisers to delivering high-quality and safe events which are enjoyed by hundreds of thousands of people each year.

“If the (NSW) Premier was serious about this issue, she would have sat down for proper consultation with us and talk to the experts - the festival organisers - instead of dictating regulations that will potentially drive festivals out of NSW.

“We reaffirm our commitment to better safety at our festivals - but we won’t cop unfair and unreasonable regulations without consultation and which will damage the economic and social contribution our festivals make to the NSW economy in our cities and regional areas.”

In the earlier press release from the NSW Government, NSW Minister for Racing Paul Toole said that changes to the scope of the scheme followed “consultation with music festival operators and other stakeholders”

He advised “we will continue to work with operators of higher risk festivals to ensure they have appropriate safety arrangements in place, and can comply with the new licensing scheme.”

The statement indicated that the list of higher risk festivals will be regularly reviewed.