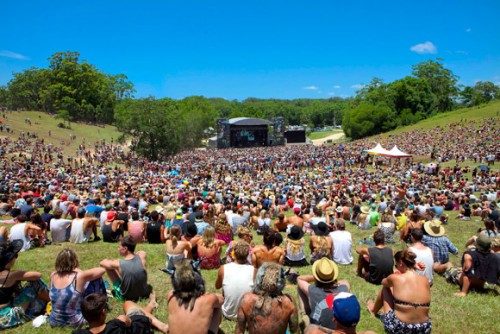 In an open letter to Premier Berejiklian the industry representatives expressed their fears that “NSW will be Australia’s first music festival-free zone”, imploring the NSW Government to extend the date for the introduction of its new licensing regime for music festivals to allow for proper consultation on its operation and implementation.

The communication advised “despite the industry’s willingness to work constructively with Government on these issues, the Premier’s approach to the festival industry has been an uncooperative and heavy-handed ‘put up or shut down’. Following a meeting yesterday with advisers, we have been informed the Government will not change its position on the implementation of new licensing rules from next Friday.

“By refusing to consult properly with industry, as opposed to the disorganised and inadequate process it has run to date, the Premier now seems to be determined to shut down some of our best festivals for the sake of a quick media headline.

“The impact of the Government’s badly designed licensing requirements is already being felt with festival operators shutting down events or facing hugely inflated costs almost overnight to meet the Government’s demands. Despite statements to the media these changes won’t impact “low risk” festivals, the Government has failed to provide clarity and certainty around its risk categories. It’s a fact that well run festivals with excellent safety records are already being affected by these new guidelines.

“Festivals across NSW, in metropolitan, regional and country areas will be hurt by Premier Berejiklian’s approach. Our musicians and performers, production crews and festival staff will lose jobs and income. Communities, including regional centres and country towns, which host festivals and thrive on the business generated by festivals and their fans will also be hurt.

The Government’s approach does not make economic sense. Nor does it do anything to deliver better safety outcomes. If the Government was genuine in its commitment to festival safety it would be working hand-in-hand with our experienced festival organisers rather than just imposing new licensing conditions drawn up in Macquarie Street.

“We urge the Government to come to the table with a commitment to genuine and extensive consultation that includes a commitment to defer the 1 March start date for the new licensing requirements so we can understand the economic, cultural and operational impacts of the new regulations.

“The festival industry will be stepping up its campaign on this to make people aware of what is at stake for our music industry as well as business and tourism across the state, and will be urging all parties at the upcoming NSW election to support policies which deliver certainty for the future of music festivals in NSW.

“Otherwise, sadly, it looks like NSW will be Australia’s first music festival-free zone.”