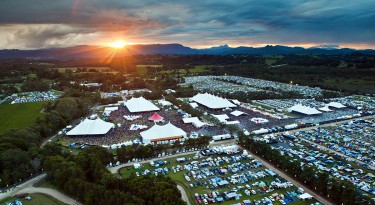 Live Performance Australia has warned that NSW will be wiped off the map for future live music tours and festivals under heavy-handed new licensing plans being proposed by the NSW Government.

Warning that NSW is set to have some of the most onerous licensing conditions in the world, Live Performance Australia (LPA) Chief Executive, Evelyn Richardson has stated “the safety of festival-goers is paramount, but the NSW Government’s approach to festival safety appears to be designed to manage any risk by shutting them down altogether.

“Consultation with industry has been absolutely woeful and whole sections of our industry are now being destroyed by a knee jerk response from a government that couldn’t care less.

Richardson’s comments follow an open letter by Bluesfest Director Peter Noble on the crippling effect NSW’s new licensing regime will have on the Byron Bay event.

She added “can you contemplate an Australian festival scene without Bluesfest? What about the flow-on effects for the local economy and the live music industry across Australia?

“In its headline-driven rush to respond to some recent tragic incidents, the Government has failed to consult with industry leaders on the proposed licensing changes and their impact on highly professional and reputable festival operators.

“The NSW Government needs to stop this now and properly consult with the industry.

“We all have a vital interest in the safety and well-being of people who attend festivals, and the best outcomes will be achieved through proper consultation and cooperation with our festival operators, not the blunt instrument of poorly designed and heavy-handed regulation.”