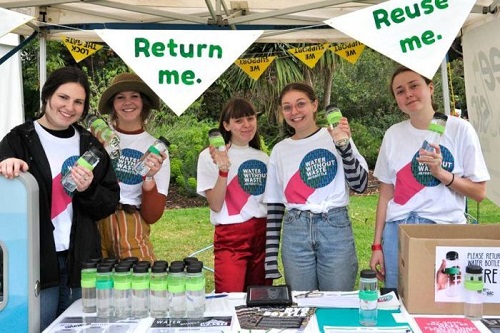 With the summer festival season underway, operators and promoters are being encouraged to reduce the amount of waste these events generate.

According to Berish Bilander, the co-Chief Executive of Green Music Australia, single-use plastic is one of the biggest issues festivals face.

As a result, the group is undertaking a research project this summer to figure out how best to get the message through to festival goers.

Bilander explains “to get a better insight into … how they perceive the behaviour that we'd like them to do … pack up and take out everything that you've taken in.

"The younger generations have grown up with it as a ubiquitous concept, this idea that whatever you have, you can throw out after one use.

"I think that to challenge that culture and turn it around now that it's firmly embedded in the minds of certain people is going to be a progressive thing, it's not going to be done overnight."

At Festival of the Sun in Port Macquarie this year moves were made to ban single-use plastic, with food vendors using cardboard serving trays and cutlery instead.

Bilander said cardboard was a good alternative because it was in demand as a recyclable material, but a better option was to reuse materials.

Bilanders recently told the ABC "a system that reuses products many, many times is always going to outperform something that works towards single-use.

"Even if we were to transition to products that were more readily recyclable there's still an enormous amount of transport and energy in that process to get something to a recycling plant and then remanufactured into something new."

Anthony Naves runs a number of food trucks and said he had never used single-use plastics in the business, but instead used products made of sugarcane or hemp.

He said many young people at festivals were unaware of the problems of single-use plastic. 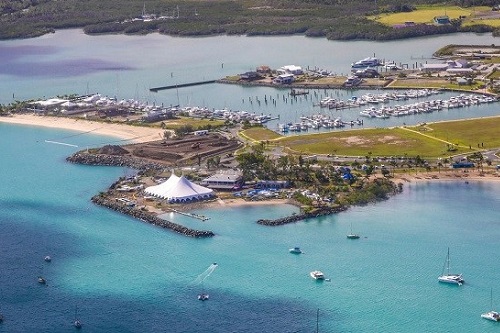 Naves advised “the consciousness of the customers is not that great, a lot do still ask for single use plastic and plastic forks, we find it upsetting to hear that but we just take it upon ourselves to educate people.”

Festival of the Sun (FOTSUN) Event Director, Simon Luke, said educating young punters about single-use plastic would be a challenge.

Luke told the ABC “we were doing searches through the campsites, where, if they do have single-use plastic at least we're making them aware of what that is, and we're rotating back around the next day to see if they've started to learn.”

Part of the lessons included the 'ECanOmy' where festival goers could trade cans for prizes.

Luke added “(we're) getting people to realise the value of not putting those aluminium cans into the bin.

"We're giving them lots of little vouchers in return for a certain number of cans: they get a bag of cold ice, for example, they get to go into the draw to win tickets for FOTSUN next year.

"It's educating them on understanding there is value in that item, not to just discard it into the first bin they see.

"So it's going to be a process, but we're pretty committed with this to see it through over the next couple of years."

Bilander added “we've called it the Refill Not Landfill library."

Bilander is also concerned about tents being left at campgrounds, saying they are a result of a single-use society.

However, he advised that moves are being made to change that mentality with festivals introducing tent rental services, not just for glamping, but at lower prices.