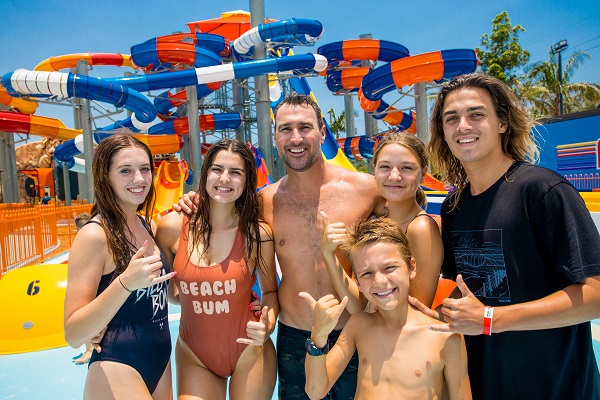 The new Fully 6 waterslide attraction has opened at the WhiteWater World waterpark on the Gold Coast.

During a day of fun activities to mark the opening, World Surf League champion Joel Parkinson today opened the latest addition to Dreamworld.

The first waterpark attraction to be built on the Gold Coast in five years, guests can now take the plunge across five unique adrenalin experiences, with the slides decked out with multi-coloured natural light effects, guaranteed to make a splash. 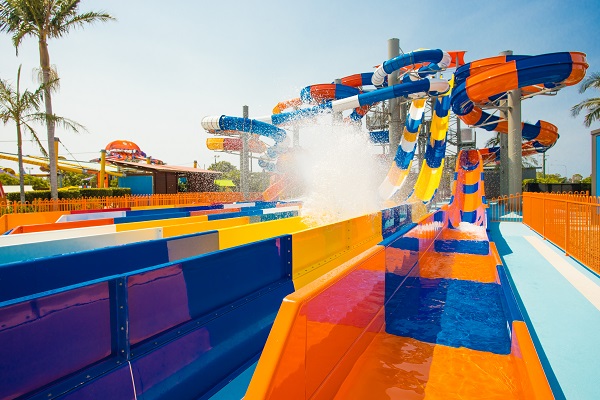 The opening comes as WhiteWater World’s multi-million-dollar makeover wraps up with parkwide refurbishments set to be complete shortly, which includes freshly painted slides and attractions, restoring them to ‘as new’ condition and making the entire waterpark look brand new.

Advising that this is an exciting time for the theme park, Dreamworld Chief Strategy Officer, Paul Callander stated “Dreamworld and WhiteWater World is the place to be this summer, with BIG new slides, rides, shows and baby wildlife all in one location. 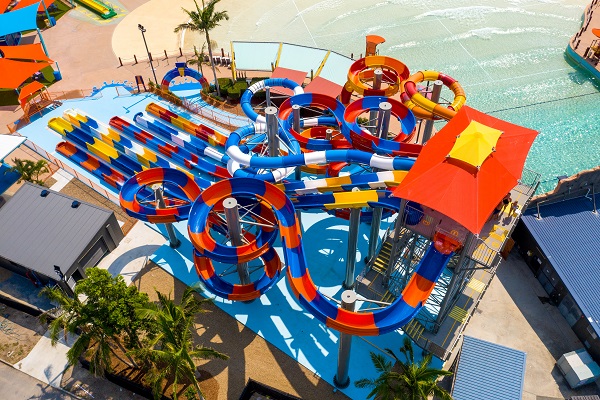 To keep celebrations flowing into the New Year, the park is set to host its biggest ever pool party, decked out with a DJ, giveaways and pop up food and retail outlets, giving guests the chance to enjoy the summer atmosphere.

Fully 6 has been created by Swimplex-Polin Australia, with Swimplex’s Daniel Leaver explaining “body slides are the purest form of waterslide you will experience - it’s just you, the water, and a big splash at the bottom.

Images: World Surf League champion Joel Parkinson [pictured centre] today opened the latest addition to Dreamworld, during a day of fun activities (top) and the new attraction in action (middle and below).