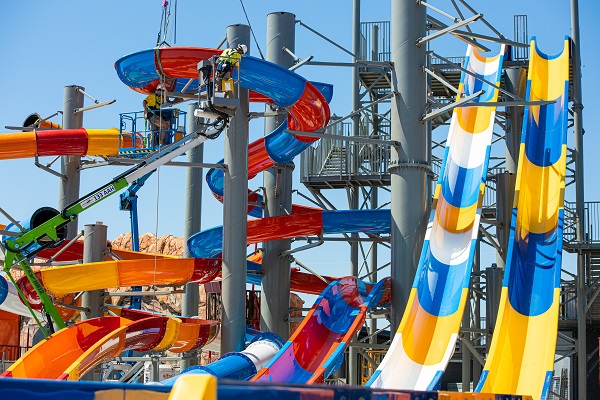 Gold Coast waterpark WhiteWater World has provided an update on the development of its Fully 6 waterslide attraction, due to be completed and ready to slide this summer.

A team of more than 40 local contractors behind the development of Fully 6, including the creator Swimplex-Polin Australia, have been working hard since construction started in July.

Everything needed to construct the six waterslides was transported to WhiteWater World recently in 13, 40ft containers all the way from their place of manufacture in Turkey.

The waterslides, with a combined surface length of half a kilometre, have been assembled on site and are starting to be erected onto their steel support columns, weighing a total of more than 50 tonnes. 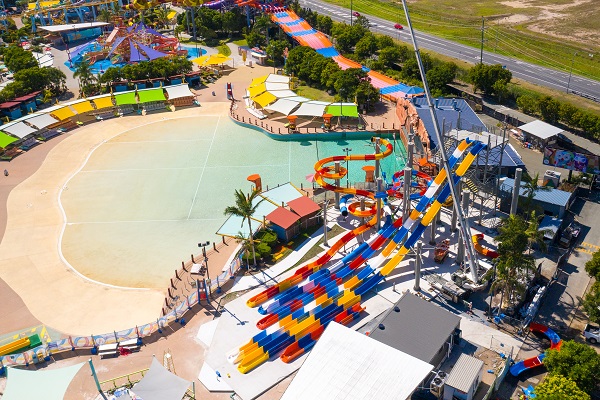 Once operating, the slides will pump up to five million litres of water in a day, down the six slides with sustainability initiatives in place to reduce power usage and recycle the water.

As part of a $7-million investment into the Dreamworld site, Fully 6 will feature six body slides with five unique ‘splashtacular’ experiences and multi-coloured natural light effects.

Work is also currently underway on refurbishing the waterpark’s existing slides and attractions, including fresh paint which will restore the slides to ‘as new’ condition. 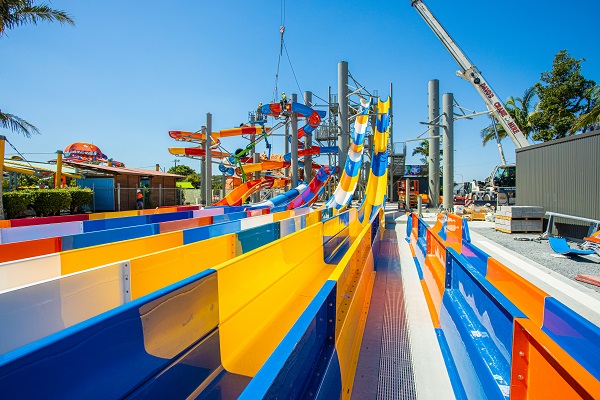 Advising that the Fully 6 waterslide complex is the first new waterpark attraction to be built on the Gold Coast in five years and will be the only tower in Australia with six body slides, Dreamworld and WhiteWater World’s Chief Strategy Officer, Paul Callander stated “we are incredibly excited to be launching the new Fully 6 waterslides in time for summer on the Gold Coast.

“Our six new body slides will provide riders with a new and unique adrenalin experience at WhiteWater World as well as a fresh, new-look for the waterpark as the weather heats up. 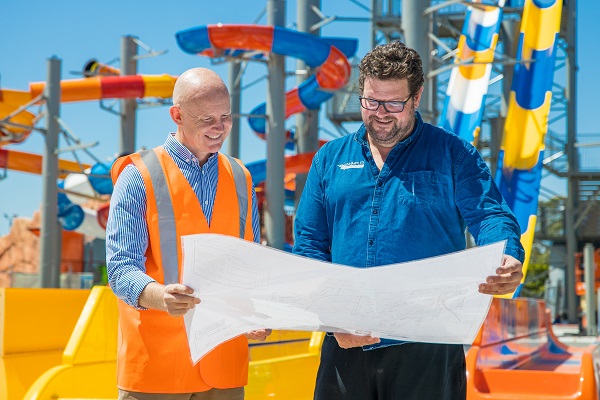 Murray Booth from Swimplex-Polin Australia added “it’s great to be a part of a new era here at Dreamworld and WhiteWater World.

“Our six slides offer five totally different experiences and we are sure they will be a huge hit.

“We think the freefall slides will be very popular, as they are the fastest way from the top to the bottom.

“We are halfway through lifting all the slide pieces into position and have a thorough testing program to go through before people can start enjoying this new attraction.”